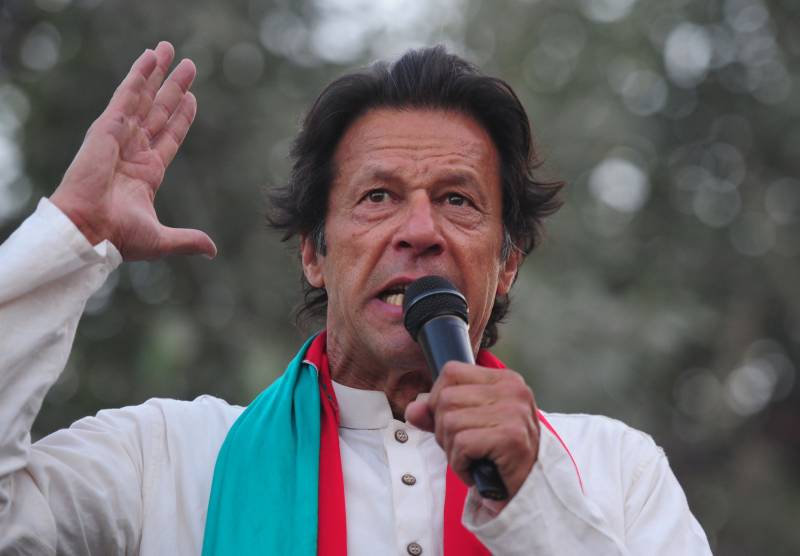 Imran, in his tweet, questioned Prime Minister Shahid Khaqan Abbasi on allowing such a protocol. He added the incumbent prime minister was showing his involvement in helping Nawaz “save his ill-gotten money”.

Imran tweeted that it was shameful how a discredited prime minister, who was under trial on financial charges, was given official protocol in Islamabad at the taxpayer’s expense.

How can PM Abbasi sanction this protocol/Punjab House stay at tax payer expense for a man charged with corruption on multiple counts. https://t.co/EvVBHRoeoz

Earlier today, Nawaz landed at Islamabad airport from London to appear in the accountability court hearing three corruption references against him and his family tomorrow.

Nawaz was disqualified as prime minister by the Supreme Court in its July 28 judgment in the Panama Papers case.