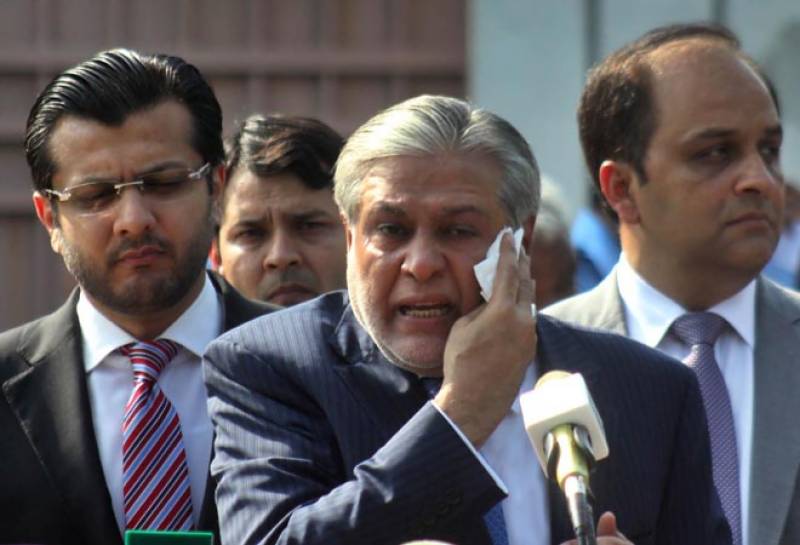 Islamabad (Staff Report): The Accountability Court resumed the trial in a corruption reference filed by the National Accountability Bureau (NAB) against Finance Minister Ishaq Dar, on Thursday, however he failed to appear in court.

The junior counsel of FinanceMinister, Ayesha appeared in court instead of senior counsel Khawaja Haris when the proceedings resumed.

Minister's counsel informed the court that Dar is in London for medical treatment, submitted the his medical certificate in court and sought an exemption from appearance today, however, NAB opposed the request.

The court has reserved its decision on the plea. NAB also submitted details of Dar's assets to the court and sought non-bailable warrants for his arrest.

The NAB is also seeking the court's endorsement of its order to freeze Dar's assets. However, Hamid argued that the NAB cannot freeze assets after submission of a reference.

At the last hearing on October 30, the minister, accused by NAB of possessing assets that are disproportionate to his known sources of income, was a no-show as well.

The court had then issued bailable warrants for his arrest and sent a notice to the minister's guarantor who has submitted the surety bond on his behalf.

According to media reports, the court, had also summoned the minister's sons to appear today.