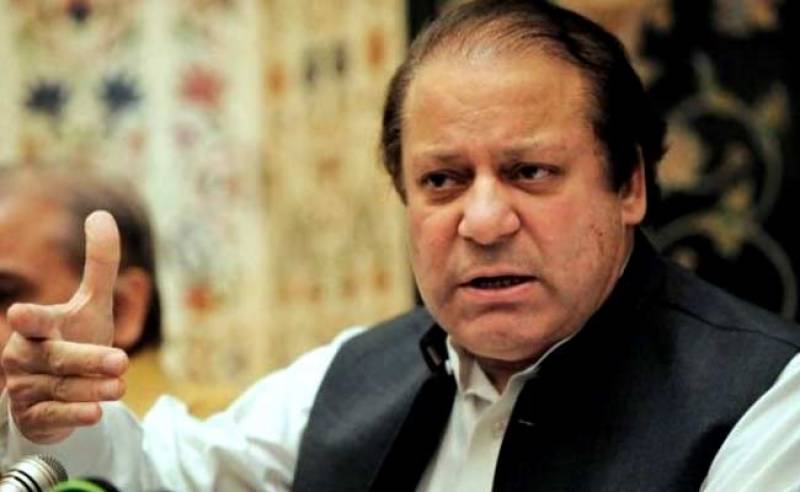 Nawaz Sharif has returned to Pakistan to appear before Accountability Court in connection with the graft references filed against him by the NAB.

At the airport ahead of the former premier's arrival, strict security arrangements were in place to avoid unrest.

Right after landing, Nawaz proceeded to the VIP Rawal Lounge where he held a brief meeting with the party leaders and government officials who were there to receive him.

After the meeting, the former premier has reached the Punjab House, Islamabad.

Now the National Accountability Bureau (NAB) will serve a court summons to Nawaz at the Punjab House.

It was reported earlier that NAB officials would meet Nawaz as soon as he disembarks to make him personally receive the summons from the accountability court. The NAB wrote a letter to the airport management and security officials in this regard on Wednesday.

However later, it was reported that DG NAB Rawalpindi Nasir Iqbal instructed his team not to go to the airport and instead serve the summons at Punjab House.

It is pertinent to mention that the court is hearing three corruption references against the Sharif family in light of the Supreme Court's July 28 judgment in the Panama Papers case.