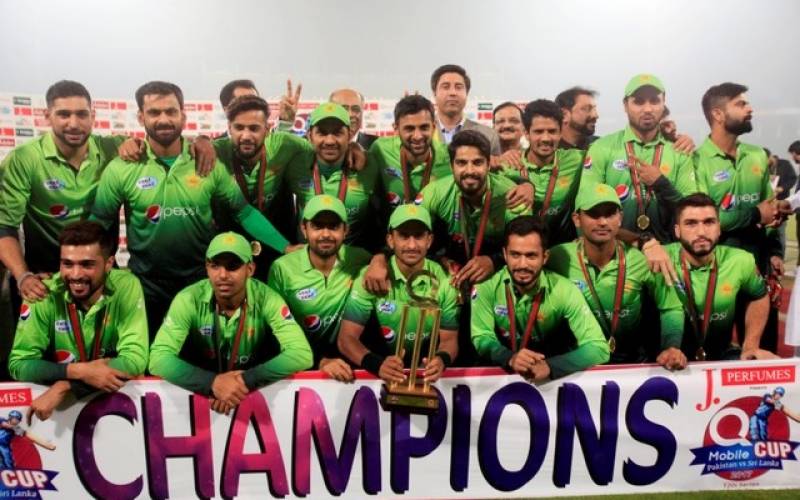 Lahore (Web Desk): Pakistan succeeded to climb up to the top slot in the ICC T20I team rankings, surprisingly thanks to New Zealand's 53-run defeat at the hands of Pakistan's biggest rival, India.

However, Pakistani supporters would be pinning their hopes on India, who would need to win the three-match by at least a 2-1 margin to confirm Pakistan's top position in the ranking.

In New Delhi, the 53-run defeat on Wednesday, brought New Zealand down to 121, three points behind Pakistan, who lead the rankings now with a rating of 124.

This is the first time ever that Pakistan has reached the top of the T20I team rankings.

Since the appointment of Sarfaraz Ahmed as captain of the Pakistan side in the shortest format, the green-shirts have won 12 out of 14 T20Is, which contributed the most in Pakistan’s rise towards the top of ranking.

Pakistan was only a few decimal points behind New Zealand following its white-wash against Sri Lanka.