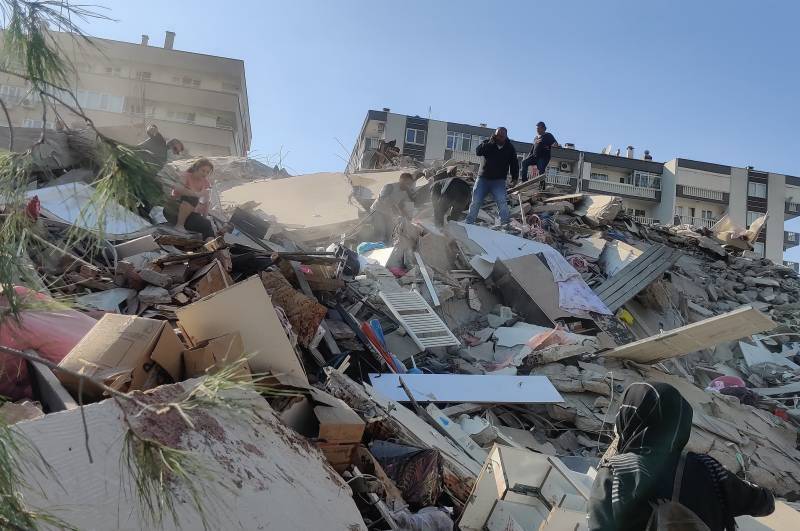 Izmir (Web Desk): Extraction teams on Monday brought two girls out alive from the wreckage of their collapsed apartment buildings in the Turkish city of Izmir, three days after a strong earthquake hit Turkey and Greece.

Close to 1,000 people were injured, mostly in Turkey, in the quake, which was centered in the Aegean Sea northeast of the Greek island of Samos.

The child spent 65 hours in the wreckage of her apartment and became the 106th person to be rescued alive, the state-run Anadolu Agency reported.