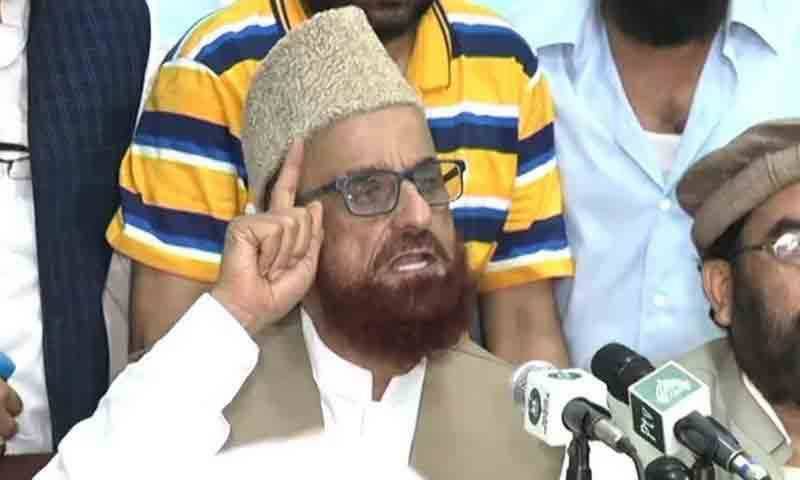 “Lies were spoken on television about the talks [with the TLP], that they had demanded the expulsion of the French ambassador, the closure of the embassy and to break ties with the European Union. This was a blatant lie,” said Mufti Muneeb while talking to the media in Karachi.

Earlier, the government and banned outfit Tehreek-e-Labbaik Pakistan on Sunday evening reached a deal in order to end the nearly two-week-long impasse.

“The government of Pakistan and the TLP held detailed negotiations in an environment of mutual trust and an agreement has been reached between the two sides,” announced Mufti Munib ur Rehman while addressing a news conference along with Foreign Minister Shah Mahmood Qureshi, Minister of State for Parliamentary Affairs Ali Muhammad Khan and Speaker National Assembly Asad Qaiser. However, Mufti Munib refused to divulge deal’s details.

Mufti said under the agreement, a steering committee has been formed that will be headed by Minister of State for Parliamentary Affairs Ali Muhammad Khan and this committee will become functional from Sunday, addimg that details of the agreement will be disclosed on a suitable time.

Mufti Munib ur Rehman thanked Prime Minister Imran Khan who formulated a committee for talks with the banned TLP and also expressed confidence in the committee’s proceedings.

Mufti Muneeb was among the clerics who facilitated talks between the government and the proscribed group, helping both sides reach an agreement after an impasse of three weeks.