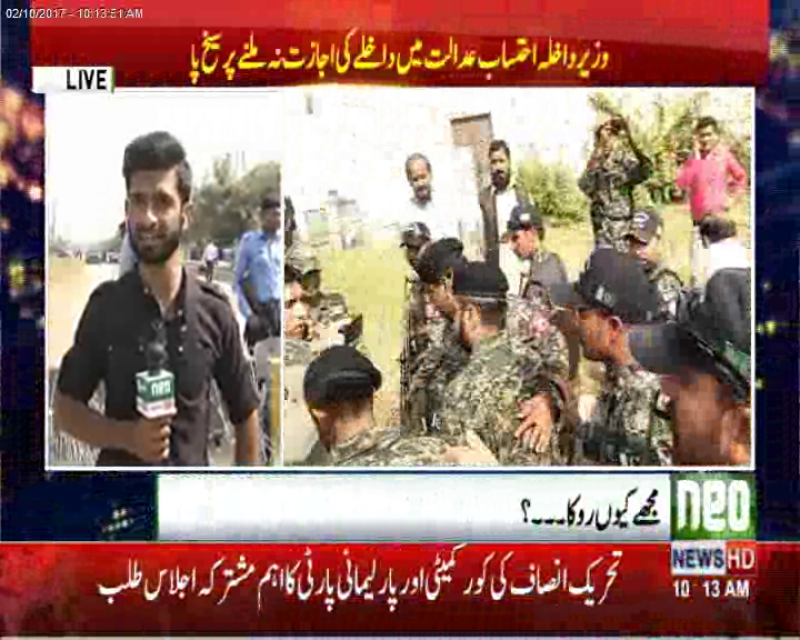 Islamabad (Staff Report): The accountability court judge Muhammad Bashir who heard references filed by National Accountability Bureau against former premier Nawaz Sharif has clarified that he had not summoned contingents of Rangers outside court on Monday.

The judge clarified this during an informal conversation with journalists who had gathered outside the court to cover today’s hearing where Nawaz Sharif appeared.

Talking to media, Ahsan said courts are "open spaces" which supporters and lawyers of the defendant could enter.

The minister said it was only during martial law governments that closed trials were conducted, adding that trials held in democracies are "transparent". He said that civil administration has not given any directions regarding the deployment of Rangers, adding that the chief commissioner informed him that Rangers troops have taken control of the court suddenly.