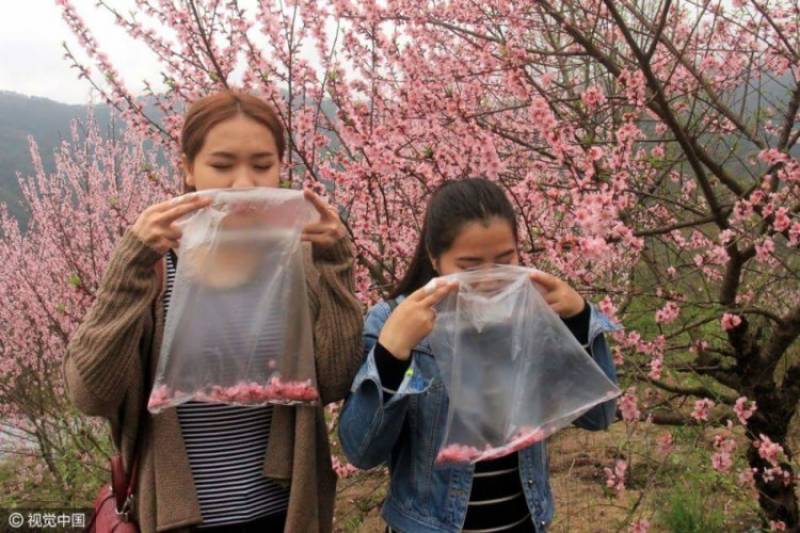 Beijing (Web Desk): Two Chinese sisters sell fresh air at Rs150 a bag; would you care to buy it? International media reported last year a company called Vitality Air, which sold fresh air from the Rocky Mountains. The Canadian company was a year old then, but suddenly shot into news after the alarming pollution levels in China headlined everywhere. Well, two sisters in the Asian country seem to have taken a lesson from that initiative and, according to media reports, are now selling bag-fulls of air for close to Rs 150. Not much for clean, pollution-free air, right? A Shanghaiist report claims the sisters from Xining, the provincial capital of China’s western Qinghai province, launched an online start-up that sells fresh air from the Tibetan Plateau. Customers apparently have a choice of air from the mountain or valley, depenfing on their preference. A video, in the local language, lays out the process of collecting the air and selling it online. It shows the duo collecting air from a Xining park.

Each bag is apparently priced at 15 Yuan (around Rs 150), and the sisters reportedly claim to have sold 100 bags already. But they have also clarified that they’re not in the air business for cash, but to draw attention to the importance of better environmental protection efforts. But if you thought these are are the only ones to have the brainwave, then you have another think coming. Responding to the deteriorating quality of air in China, earlier this year a Xi’an forestry department had begun selling fresh air from the Qinling mountains at 18 yuan a can. The Shanghaiist says the project even reeived 200,000 yuan (aorund Rs2 lakh) in government investment.

Other than this, if an international breath of fresh air is what you seek, there’s bottled air from Canada, of course, and Australia too.