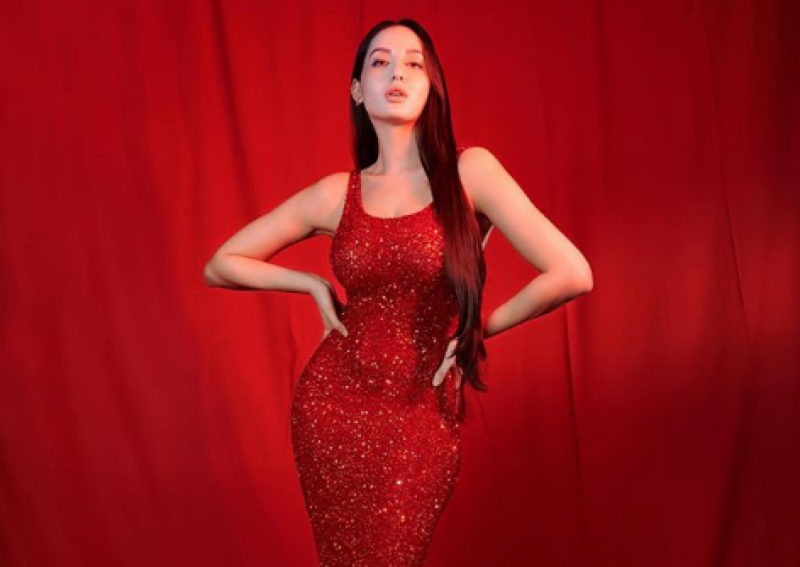 According to Indian media reports, Moroccan-born actress Nora Fatehi had to say goodbye to India's dance show ‘India's Best Dancer’ when actress Malaika Arora rejoined show as a judge after defeating the coronavirus.

Malaika Arora was the judge of dance show along with Geeta Kapur and Terence Lewis , but she had to leave the show temporarily after suffering from coronavirus, after that Nora Fatehi was appointed as the judge of the show by administration.

Saying goodbye to the show, Nora Fatehi kissed Gita, the second judge of the show, on the forehead and said that in our culture, when you respect someone, you kiss their forehead. This is how we honor our mothers. Actress became emotional while leaving the show.

Sharing her experience of the show, Nora Fatehi said that since she came to this show, the host of the show, Bharti, had added laughter to her life.

"I look forward to shooting every week so that I could see the brilliant talent as well as the Indian who made me laugh a lot throughout the show and I returned home happy," Nora added.

Nora Fatehi has made everyone crazy with her dance in Bollywood movies many times. Her songs include Dilbar, Kamaria, Saqi, Saqi, Ek To Kim Zindagi and Garmi which have won the hearts of her fans.

Recalling days of her journey to join bollywood, Nora once revealed in an interview that she had to work hard to get there. In the days of her struggle, she had to shared a room with 8 girls as a paying guest.