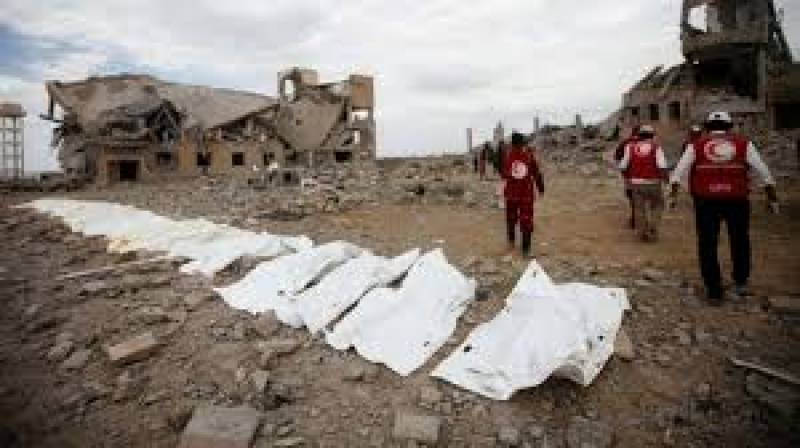 Sana’a (Agencies): More than 100 people are believed to have been killed in an air strike by the Saudi-led military coalition on a detention centre in Yemen, the International Committee of the Red Cross said.

The coalition said it targeted a facility run by the Houthi rebels that "stores drones and missiles", but the rebels said the attack had levelled a building they used as a prison.

The United Nations said 52 detainees were among the dead, with a further 68 still missing.

"Casualties are most likely to increase as rescue efforts are still ongoing," it said.

"The location that was hit has been visited by ICRC before," Franz Rauchenstein, its head of delegation for Yemen, told the media. "It’s a college building that has been empty and has been used as a detention facility for a while."

Rauchenstein said that over 100 people were estimated to be dead, and that at least 40 survivors were being treated for their injuries in hospitals in the city, south of the capital Sanaa.

ICRC teams collecting bodies were also "working relentlessly to find survivors under the rubble", he said, but cautioned that the chances of finding any were very slim.