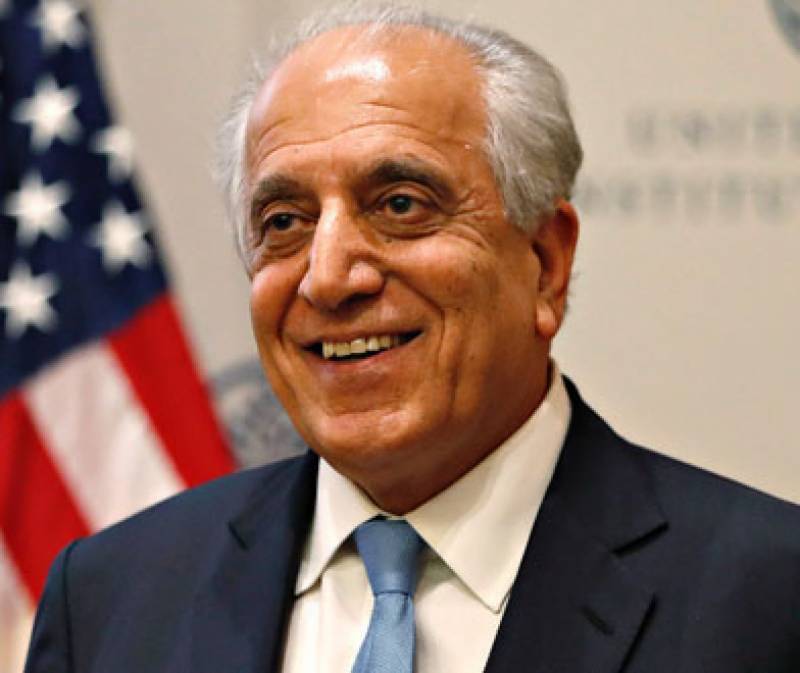 Kabul (Agencies): The US envoy leading efforts to forge a deal with the Taliban has met with Afghan President Ashraf Ghani in Kabul, an official said Monday.

According to official sources, Khalilzad arrived in Kabul Sunday evening and met with Ghani to discuss the latest developments after a ninth round of talks wrapped up in the Qatari capital.

Consultations were expected to continue Monday with other Afghan officials, probably again including Ghani, the official said.

The discussions are significant because the Afghan government has been largely sidelined from talks until now, though any eventual deal would require the Taliban to talk to Ghani, whom they view as a US stooge.

Zalmay Khalilzad has spent about a year meeting with the Taliban in Doha in a series of talks aimed at ending America’s 18-year-old war in Afghanistan.

The deal centres on a US troop withdrawal in return for several security guarantees from the Taliban, broader peace talks between the insurgents and the Afghan government, and an eventual ceasefire.