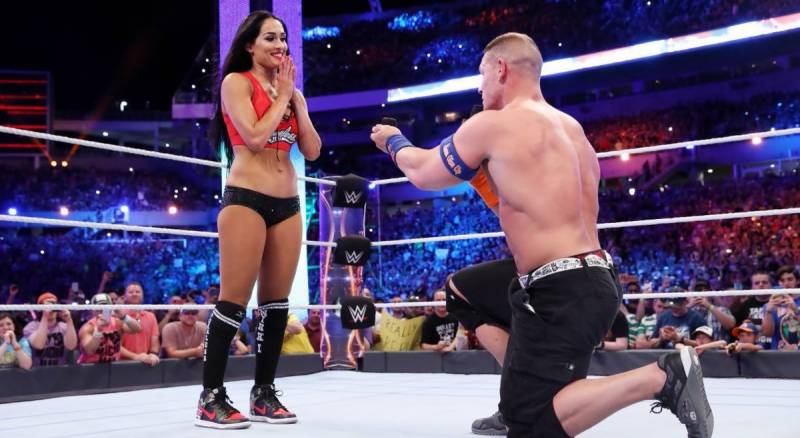 The former WWE Champion popped the question with an attendance of 70,000 fans.

“This is what you wanted over a year ago.” Cena started the proposal with an emotional speech after the couple’s big win. He further added, “You broke your neck and did everything you could to come back because you wanted a WrestleMania moment. I’m so very proud of you.”

“Right before your surgery, there would be a time when you would be a little loopy and I could ask you anything I wanted. If you gave me an honest answer, you wouldn’t remember what you said. After a year and half, you asked me all the time. I promised I would tell you when the time is right. The time is right.” The Trainwreck star continued.