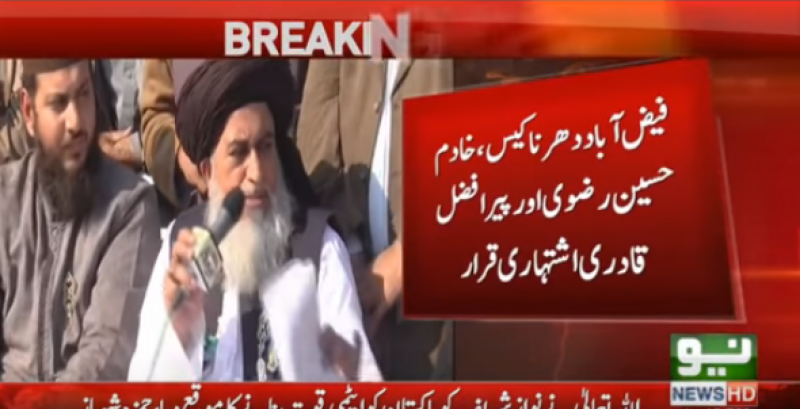 Islamabad (Staff Report): The Anti-Terrorism Court (ATC) on Tuesday has declared Tehreek-e-Labbaik Ya Rasoolullah (TLYR) leader Khadim Hussain Rizvi and others named in the Faizabad sit-in case as ‘wanted’.

ATC resumed the hearing of the Faizabad sit-in case today, but Rizvi and others did not appeared before the court.

The court declared Rizvi and others, including Pir Afzal Qadri, Anayatullah and Sheikh Azhar, as ‘wanted’ after they failed to appear before the court.

In this regard, the police submitted a report in the court. The report says that a ‘wanted’ notice for Rizvi has been placed outside Nawa kot police station and the court.