During the hearing of the illegal construction in Bani Gala case in the Supreme Court (SC) today (Tuesday) there was discussion about the CJ’s picture with air hostesses.

The lawyer Naeem Bukhari said to CJ Saqib Nisar that he has objection over Nisar’s picture with air hostesses, as it is violation of lawyers’ right .

CJ Saqib Nisar inquired in response and said, “Are you jealous of this picture?’… you should be jealous…. Sometimes you cannot refuse daughters.”

According to details, recently CJ Saqib Nisar traveled by PIA plane where the air hostesses warmly welcomed and asked to take a picture with him, CJ accepted the request. 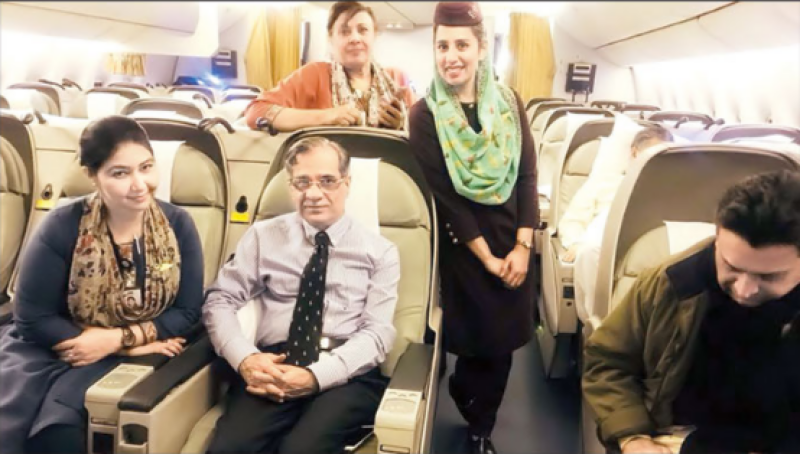 Later the female members of the cabin crew of PIA released a picture of CJ Saqib Nisar with air hostesses that went viral on social media.

International support for Pakistan to tackle refugee crisis has been ...