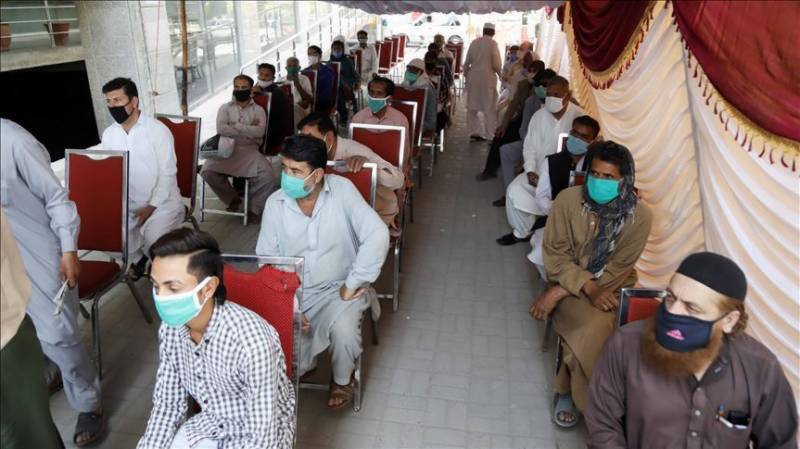 Lahore/Quetta/Karachi/Peshawar (Staff Report/Agencies): The number of confirmed COVID-19 cases in Pakistan rose to 682,888 on Saturday after 5,234 new coronavirus cases surfaced in the country during the last 24 hours.

According to the government's COVID-19 portal, the death toll related to coronavirus has reached to 14,697 with 84 fatalities reported during the last 24 hours.

Over the last twenty four hours, total number of recovered COVID-19 patients across the country reached 609,691 after another 2,486 virus recoveries were reported.

Meanwhile, Federal Minister for Planning Asad Umar on Saturday slammed the United Kingdom for placing Pakistan on its "red list", saying that the placement raises the “question whether the choice of countries is based on science or foreign policy".

“Every country has a right to take decisions to safeguard the health of their citizens,” the minister tweeted.

Moreover, the National Command and Operation Centre (NCOC) on Friday clarified that there is no deviation in Pakistan's Covid-19 positivity ratio in children as compared to previous waves.

The nerve centre of the government's unified efforts to stem Covid-19 spread reviewed the alleged spike in the rate of reported cases in children.

"During all three waves, infection ratio in children aged between 1-10 years remained at around 3% of total cases," NCOC said on its official Twitter handle.

It is pertinent to mention that the global coronavirus cases have reportedly surpassed 130.8 million and death toll tops 2.850 million.