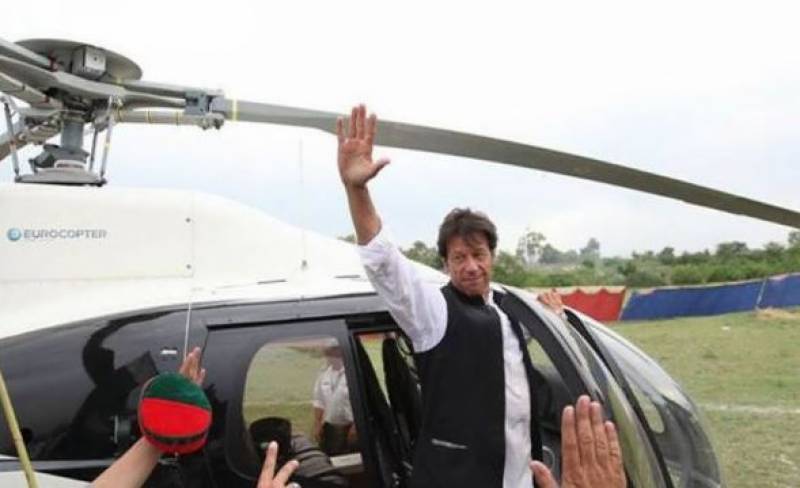 According to details, The PTI chief has been asked to appear before the bureau on August 7.

Imran Khan is accused of illegally using an Mi-17 and an Ecureuil helicopter belonging to the KP government for a total of 74 hours, causing a loss of Rs2.1 million to the national exchequer.

NAB Chairman Justice (r) Javed Iqbal on February 2 directed KP Director General (DG) Naveed Haider to ascertain how former KP chief minister Pervez Khattak handed over his official helicopter to someone else and find out if the same was repeated with other individuals.

Imran Khan said that the KP government had made clear that there was never any personal or private use of government helicopters by him. He also said that NAB was most welcome to examine the issue.

As per the NAB statement, documents Khyber-Pakhtunkhwa administration department show that the PTI chairperson used the KP government’s helicopters free of charge for a total of 74 hours to travel approximately 18,000 kilometers, the NAB statement said.

The statement added that the provincial government recorded in its books a total expense of Rs2.1 million at approximately Rs28, 865 per hour for Khan’s 40 trips on the two helicopters – an Mi-17 and an Ecureuil.

Similar trips using a private helicopter would have cost the PTI chairperson nearly Rs11.1 million, according to the statement.

Imran Khan had used the helicopters to fly to and from Bani Gala, Islamabad, Mardan, Peshawar, Abbottabad, Haripur, Swat and Nathiagali, Kohat, Batagram, and Chakdara, among other places.

However, the administration department, in its documents, mentioned the purpose of the flights as “official use and urgent nature of work”.

Imran Khan is likely to take oath as Prime Minister on August 11 as his party Pakistan Tehreek-e-Insaf (PTI) is claiming the majority in the National Assembly along with its allies after its victory in the general elections of 2018.