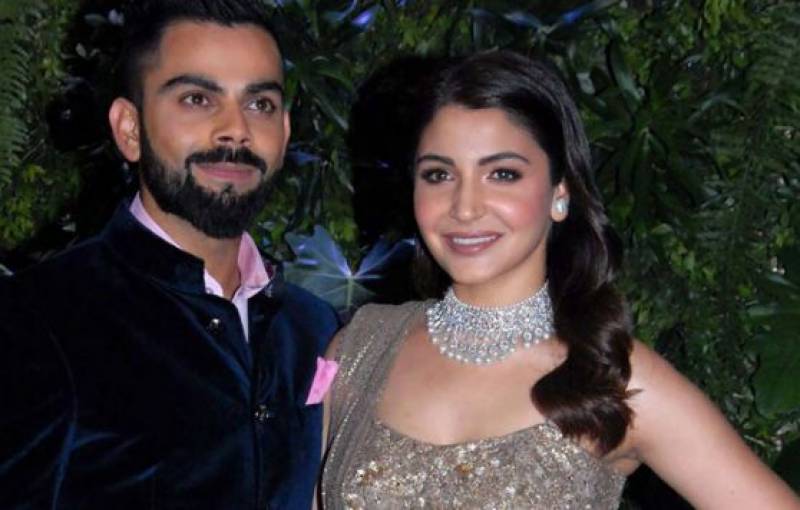 London (Web Desk): Indian sportsman Virat Kholi hit his first century on the English soil and dedicated it to his wife and Bollywood actress Anushka Sharma in a grand declaration of love.

Kohli made 149 runs on the second day of the first Test cricket match between England and India at Edgbaston in Birmingham. Indians were dismissed for 274 in reply to England’s first innings 287, a deficit of 13 runs.

After hitting a four, Kohli pumped his fists and excitedly took out his wedding ring, worn around his neck in a chain, and kissed it in front of everyone. He turned his face towards the dressing room where Anushka was seen smiling with pride. Let’s have a watch at the video:

Kholi got married Anushka to this year.