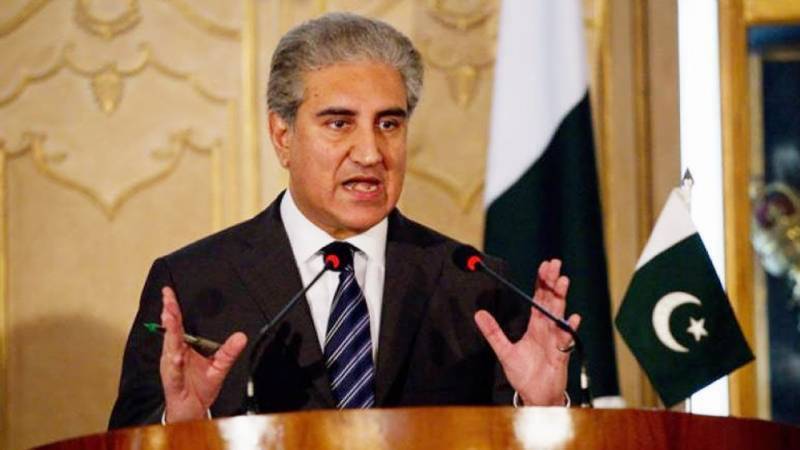 In a statement, the foreign minister condemned the blatant use of cluster bombs by Indian security forces targeting innocent civilians along the Line of Control (LoC)

Terming it a clear violation of the Geneva Convention and International Laws, Qureshi urged the international community to take notice of these Indian atrocities.

Earlier on Saturday, the Inter-Services Public Relations (ISPR) said that the Indian army used cluster ammunition along the Line of Control (LoC) to target civilian population.

According to the military’s media wing, the Indian army on the night of July 30 and July 31targeted innocent citizens including women and children in Neelum Valley through artillery using cluster ammunition.

It’s time for international community to take notice of this Indian blatant violation of international laws on use of cluster ammunition targeting innocent citizens, the statement added.