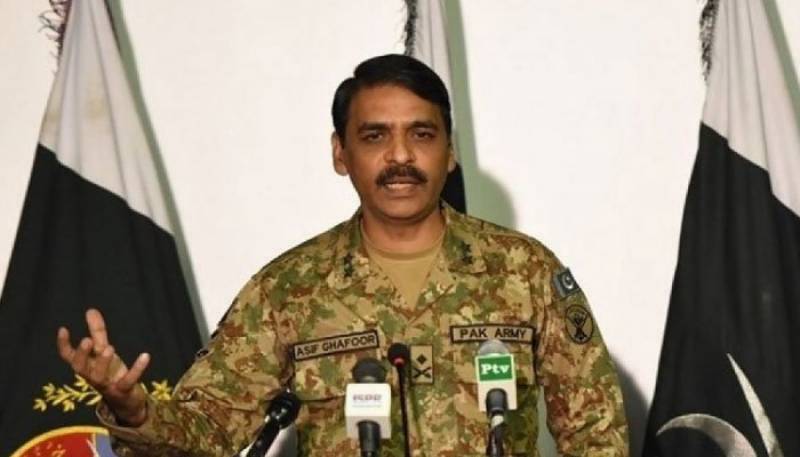 Rawalpindi (Web Desk): Director General Inter-Services Public Relations (ISPR) Major General Asif Ghafoor on Saturday said that no weapon can suppress the determination of Kashmiris, adding that the struggle of Kashmiris will succeed.

In a post on Twitter, the DG ISPR said that the use of cluster bombs by the Indian army, in violation of international conventions, is condemnable.

Use of cluster bombs by Indian Army violating international conventions is condemnable. No weapon can suppress determination of Kashmiris to get their right of self determination. Kashmir runs in blood of every Pakistani. Indigenous freedom struggle of Kashmiris shall succeed,IA.

Earlier, the ISPR in a statement on Saturday said that the Indian army used cluster ammunition along the Line of Control (LoC) to target civilian population in clear violation of Geneva Convention and international humanitarian law.

According to the military’s media wing, the Indian army on the night of July 30 and July 31targeted innocent citizens including women and children in Neelum Valley through artillery using cluster ammunition.

It’s time for international community to take notice of this Indian blatant violation of international laws on use of cluster ammunition targeting innocent citizens, the statement added.