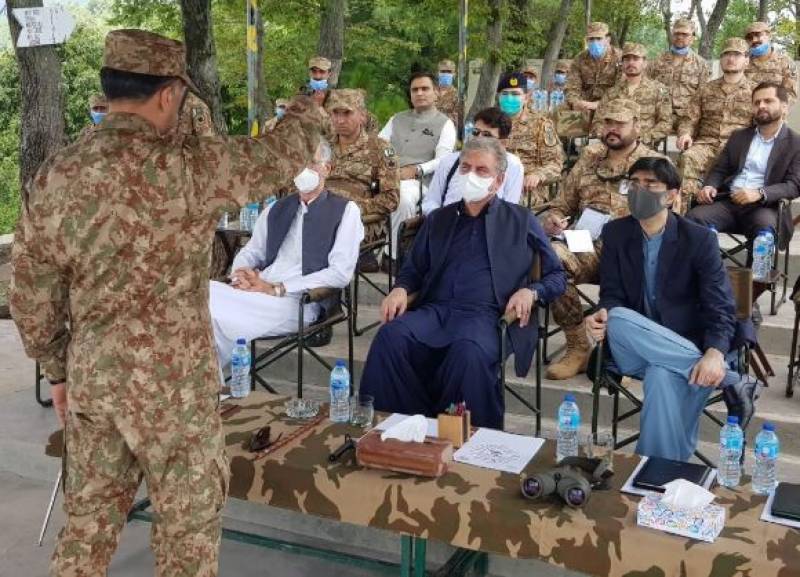 In a video message before leaving for Chiri Kot Sector of Line of Control, along with Defense Minister Pervez Khattak, Qureshi said the Kashmiri people have rejected the Indian illegal steps of 5th August. He said nobody will accept them.

The Foreign Minister said the Kashmiri people will continue their struggle until they get their right to self-determination.

The Foreign Minister said that he is visiting the Azad Kashmir border along with the Defense Minister to express solidarity with the Kashmiri people who face the Indian atrocities and unprovoked firing on daily basis.