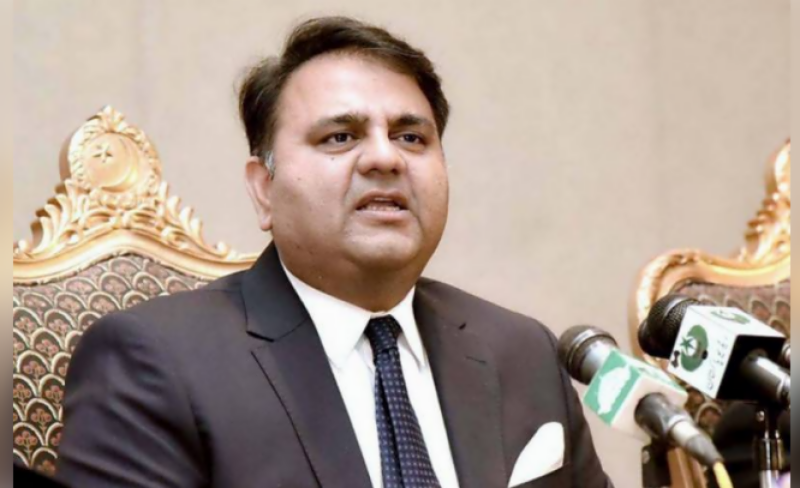 Islamabad (Web Desk): Pakistan Tehreek-e-Insaf's (PTI) senior leader Fawad Chaudhry on Wednesday said that imposing a ban on Imran Khan and his party was beyond the control of Pakistan Muslim League-Nawaz (PML-N).

The statement by the former minister comes a day after the Election Commission of Pakistan (ECP) ruled that the PTI received millions of dollars from 351 foreign companies and 34 foreign nationals.

The electoral watchdog also sought an explanation as to why the prohibited funds the party received should not be forfeited.

Addressing a press conference in Islamabad today, the PTI leader said that Imran Khan had a huge public following.

He said that no one should think of “sidelining Khan from mainstream politics.”

Fawad said that Shehbaz Sharif-led coalition government was "running away" from elections as it feared defeat at the hands of the PTI.

"The PTI would soon demand the government seek a vote of confidence from parliament," he said, adding that that party was deliberating upon the date for it.

The former minister accused the government of running a campaign against overseas Pakistanis because they support the PTI.

Chaudhry said that overseas Pakistanis were outraged by the ECP’s verdict and were now sending more donations than ever.

He pointed out that Article 15 of the Elections Act outlined the process for dissolving a political party. However, he added that the ECP had no authority to take such a step.

The former minister said that the ECP was being used as a “tool” by the Pakistan Democratic Movement (PDM).

He also lamented the fact that the ECP did not seek an explanation from the PTI about the individuals funding the party and declared them to be “non-Pakistanis and foreigners” without conducting a fact-check.

Fawad said PTI was also being censured over its connection to businessman Arif Naqvi.

He said that Naqvi had no charges against him in 2011-12 when he had donated funds to the PTI.