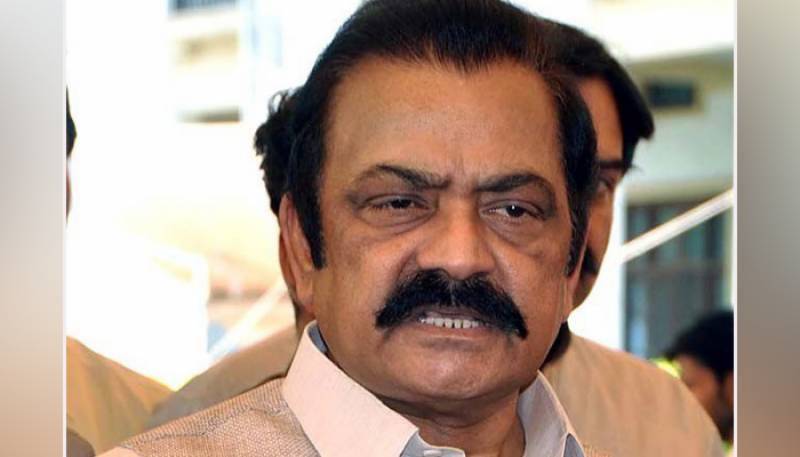 Islamabad (Web Desk): Interior Minister Rana Sanaullah on Wednesday warned Pakistan Tehreek-e-Insaf (PTI) of strict actions if its workers try to enter the Red Zone as the party announced to stage a protest outside the Election Commission of Pakistan (ECP) on Thursday.

Addressing a press conference in Islamabad alongside Information Minister Marriyum Aurangzeb, the interior minister that the demonstrators will be allowed to hold their protest at the nearby F-9 park or the Parade Ground.

“No body will be allowed to hold a protest in the Red Zone and action will be taken as per law if anyone tries to enter the area forcefully,” he said while addressing a news conference along with Minister for Information and Broadcasting Marriyum Aurangzeb.

The minister asked the PTI to better stage its so-called protest either in H-9 area or F-9 Park in line with the directives of the higher judiciary.

“Every political party has right to hold a protest in a peaceful manner,” he added. The government would facilitate and provide full security to the PTI workers if they held their protest at the designated places, he assured.

Rana Sana claimed that they had the reports of a possible attack on the ECP by the PTI workers, who had the intention to hold a violent protest in the Red Zone.

Commenting on the ECP’s verdict in PTI’s foreign funding case, Sanaullah said: "Following the announcement of the verdict, the party has been declared a foreign-aided party.

Regarding the cabinet meeting, the interior minister said that some important decisions will be taken regarding the "foreign agent".

It is pertinent to mention that ECP on Tuesday ruled that the PTI received millions of dollars from 351 foreign companies and 34 foreign nationals.

The electoral watchdog also sought an explanation as to why the prohibited funds the party received should not be forfeited.