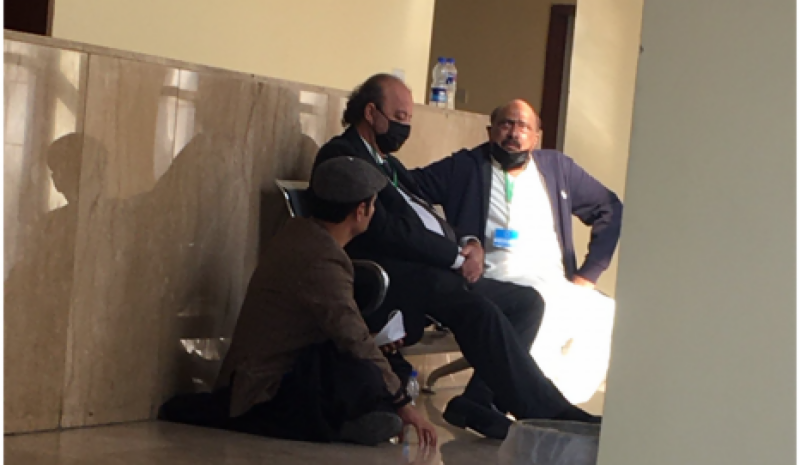 Earlier, the apex court had ordered the PPP to surrender before NAB.

During the hearing, Durrani’s lawyer requested the court to grant his client bail so he can surrender before the relevant trial court.

He remarked that the Supreme Court cannot conduct a hearing on this plea without the high court's verdict," he remarked.

In his remarks Justice Sajjad Ali Shah said that Durrani must have been in the jail if SHC had rejected his bail.

The apex court ordered Speaker Sindh Assembly to comply with the SHC's order and surrender before NAB and then this court (SC) will conduct a hearing on this case next week.

Meanwhile, the SC also rejected Siraj Durrani's request to restrict NAB officials from arresting him from the courtroom.

In his remarks, Justice Bandial directed Durrani to first surrender before NAB.

"We had given you concession earlier as well. There is a high court's order against you," Justice Bandial said.

"We will not interfere in NAB’s matter,” the judge stated.

The court later adjourned the case till next week.

Earlier, the apex court had nullified the SHC's orders pertaining to his release on bail in the case.

Durrani and 18 others accused have been indicted in the case by an accountability court in Karachi.

On October 13, the SHC rejected bail plea of Speaker Sindh Assembly Agha Siraj Durrani among eight accused in the assets beyond means case.

The SHC had approved bail of Agha Siraj Durrani in December 2019, but the NAB had approached the SC against the bail.