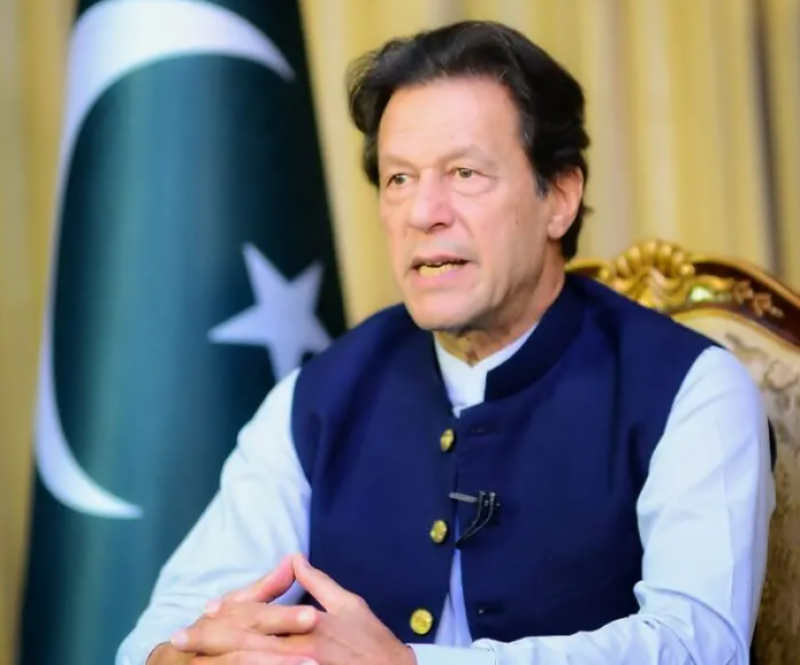 Islamabad (Web Desk): Prime Minister Imran Khan on Friday said that the “horrific vigilante attack” on a factory in Sialkot and the burning alive of Sri Lankan manager was a “day of shame for Pakistan.”

In a statement on Twitter, the premier said that he was overseeing the investigations and all those responsible would be dealt with the severity of the law.

"I am overseeing the investigations and, let there be no mistake, all those responsible will be punished with the full severity of the law," adding that arrests were in progress.

The horrific vigilante attack on factory in Sialkot & the burning alive of Sri Lankan manager is a day of shame for Pakistan. I am overseeing the investigations & let there be no mistake all those responsible will be punished with full severity of the law. Arrests are in progress

Earlier in the day, an angry mob of hundreds set the body of a Sri Lankan national on fire after lynching him over blasphemy allegations at a factory in Silakot.

According to local authorities, the man tortured to death by the factory workers was identified as Priyantha Kumara, a Sri Lankan national.

Upon receiving a report of the incident, a heavy contingent of police reached the spot and tried to control the situation.

Police claimed that and there was no way of knowing about it before that time.

When the police arrived at the scene, the victim had already been tortured to death and his body was being set to fire.

"The police did try to stop the mob from setting the body on fire, but the rioters' strength was overwhelming," a police officer said.

The DPO said an investigation into the death of the foreign manager is under way.

The police official further said that video footage from inside the factory, where the torture took place, has been siezed to identify the suspects, adding that efforts to make arrests were underway. "Some people have been arrested," the official added.

Taking notice of the incident, Punjab Chief Minister (CM) Usman Buzdar said Buzdar said he was "extremely shocked at the horrific Sialkot incident", stressing that no one is allowed to take the law into their hands.

The Punjab CM summoned a report from the inspector general of police and ordered a high-level inquiry into the matter.

"The Sialkot DPO is present on the spot. All aspects of the incident should be investigated," the IGP said.

He said that the CCTV footage is being obtained so that those who were responsible can be identified.

"Besides this, the RPO and commissioner of Gujranwala Division are on location and personally monitoring the situation," the spokesperson said.

"The IG has directed law enforcement personnel to produce results in 48 hours after which the probe will be extended," Khawar added.