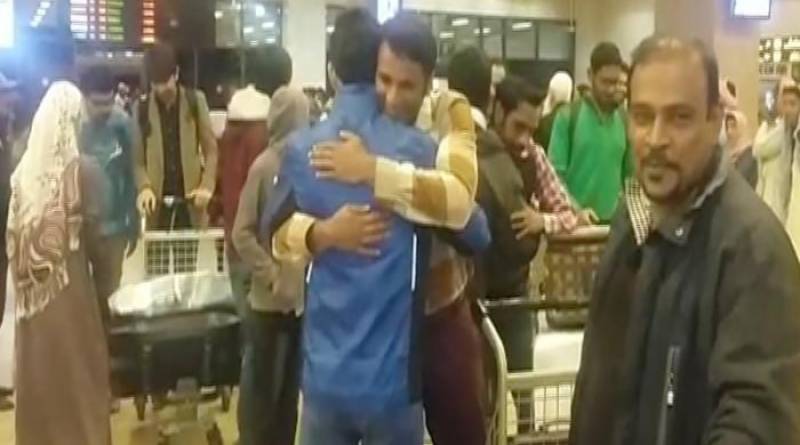 After arriving at Jinnah International airport the sailors expressed their appreciation to the Pakistani Embassy to execute preparations for their return.

The chief engineer Muhammad Khaliq conformed, the ship captain could not return with the crew as he was hospitalized due to ill health, yet he is expected to reach Pakistan in four to five days.

According to the sailors, the Sindh government did not extend any cooperation for them and they have reached home after a long struggle.

17 Pakistani sailors were stranded onboard the MV AKKAZ which is anchor in the Suez Canal after the Egyptian government confiscated the vessel for non-payment of dues.

The MV AKKAZ owned by a Kuwaiti company and chartered by a Dutch firm had set sail from Abu Dhabi on August 11, 2016 bound for Port Said and Alexandria in Egypt and then onwards to the Netherlands.

However, upon reaching the Suez waters in October the vessel was not allowed to enter due to mechanical failure and expiry of its technical license. The stranded sailors according to the vessel’s Chief Officer Jameel Jangian are owed approximately Rs. 20 million by the shipping corporation in dues.