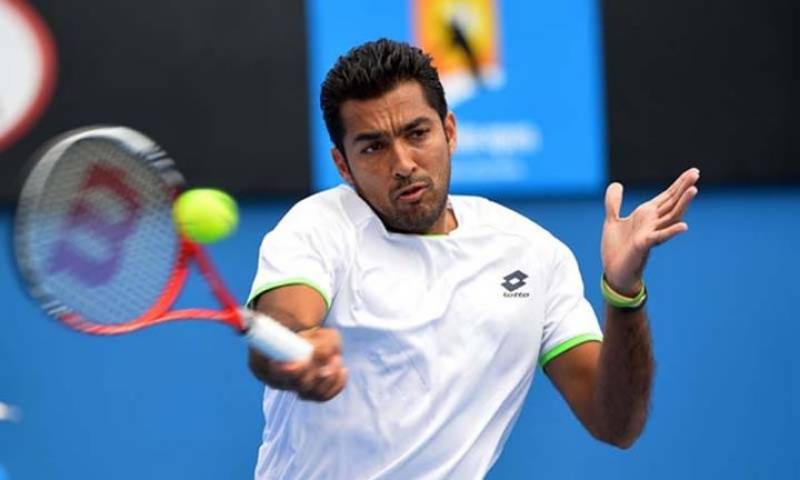 Islamabad: Victory is sweetest to those who has tasted defeat. Pakistan’s Tennis hope hasn’t grown old what to talk of die. In a historic  tie Aisam defeats his Iranian rival Anoosha in a straight set score 6-1, 6-2 and 6-2.

After a gap of 12 long years, played hosts to the long-awaited Davis Cup tie against Iran.

In another match, long-serving national champion Aqeel Khan faced Iran’s Shahin Kkaldan, and defeated him in consecutive wins with scores of 6-7, 6-4 and 6-2.

The official draw ceremony of the Davis Cup tie between Pakistan and Iran in the first round of Asia Oceania Group II was held on Thursday here at a local hotel with ITF gold badge referee Stéphane Apostolou taking the draw in presence of both teams and their officials.

Abid Mushtaq said that he along with his team-mates were super happy over playing the Davis Cup tie on home ground.

“It’s a matter of joy as I will enjoy the support of local crowd for the first time in the Davis Cup tie. I would also request fans to come and witness the matches,” he said.

“The championship will boost confidence of young players as they will get exposure of playing against international players. It’s, in fact, a very good opportunity for youngsters to watch and learn from each other,” he added.

Captain of Pakistan team Rashid Malik gave names of Mohammad Abid Ali Akbar and Mohammad Abid Mushtaq for the doubles match which will be played on Saturday.