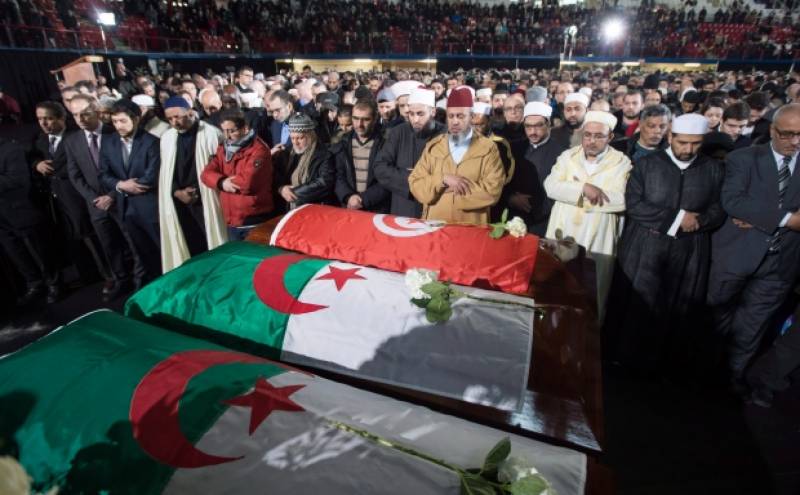 For the funeral, at least 5,000 mourners gathered into a hockey arena in Montreal´s Olympic park, while other Canada watched it on television. For many in this mostly secular nation, the ceremony was their first glimpse of traditional Muslim funeral rites. There were also prayers for the other three victims, who will be commemorated the next day in Quebec City. Khaled Belkacemi, 60, and Abedlkrim Hassane, 41, both Algerian dual nationals, and Tunisian-born Aboubaker Thabti, 44, were shot dead, along with three other worshippers at a Quebec City mosque on Sunday.

"The pain is hard to express, it runs deep," mourner Mohamed Lemdani told media, he added, "We are all family men who came to Canada to work and integrate into a multicultural society". Coffins were covered by the flags of the victims´ birth countries, white flower wreaths were placed and coffins are directed to transport to their home country for burial.