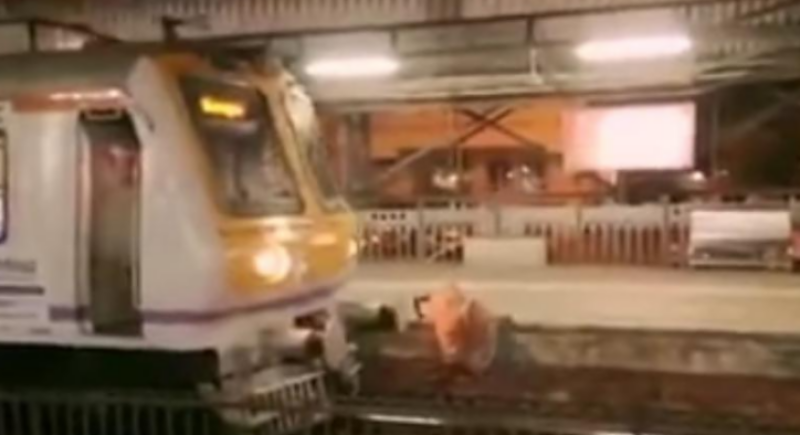 Mumbai: The Churchgate-bound fast local train driven by Gautam, which was approaching the station at the speed of around 70-kmph, halted in the nick of time, just inches from the woman who was walking on the tracks unmindful of the coming train, said a senior Western Railway official.

"We have recorded the motorman's statement and we would like to felicitate him for his presence of mind," said the official.