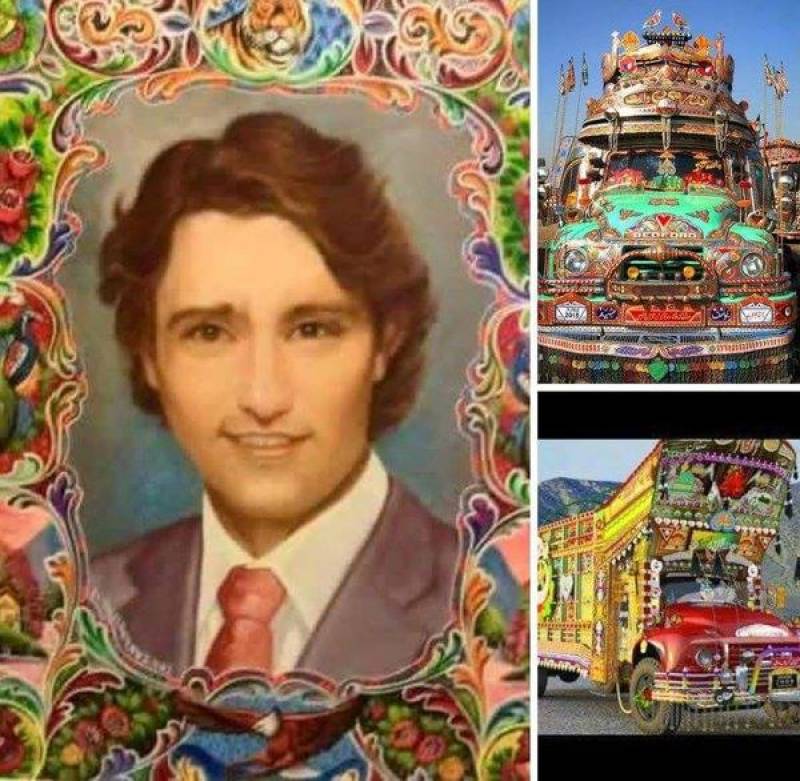 Lahore: Pakistani truck has a history of promoting local heroes of Pakistan by painting their pictures at the back of their gigantic well decorated trucks. But look who is here Canadian Prime minister has a fan in Pakistan who audaciously has painted his picture on the back of his truck.

it shows two important things,one, our truck drivers are now well informed and to some extend educated enough to know who is doing the right thing.