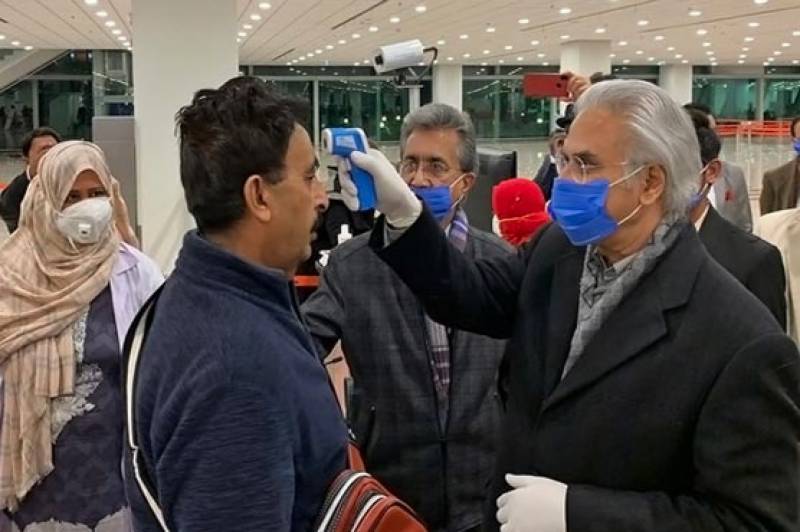 Flights between the two countries were earlier suspended after the World Health Organisation declared the Wuhan coronavirus as a global health emergency. Pakistan on Friday had halted flights to and from China with immediate effect till February 2.

201/ At Islamabad airport this morning - received passengers from China along with HE Chinese Ambassador in ???????? CZ6007 brought 69 passengers including 57 Pakistanis and 12 Chinese. We supervised implementation of “Airport SOPs” & I interviewed passengers. pic.twitter.com/22GleZfmUa

Taking to Twitter, Mirza said: "We supervised implementation of 'Airport SOPs' and I interviewed passengers."

The first — a Qatar Airlines flight — arrived from Doha, carrying 40 students. Health department staff conducted medical examinations of all the students at the Islamabad airport after which they were permitted to go home.

According to aviation officials, the passengers are on board the plane, where a checkup for coronavirus is being conducted.

China’s death toll from a new coronavirus jumped above 360 on Monday to surpass the number of fatalities of its SARS crisis two decades ago, with dozens of people dying in the epicentre’s quarantined ground-zero.

The 57 confirmed new deaths was the single-biggest increase since the virus was detected late last year in the central city of Wuhan, where it is believed to have jumped from animals at a market into humans.

The virus has since spread to more than 24 countries, despite many governments imposing unprecedented travel bans on people coming from China.