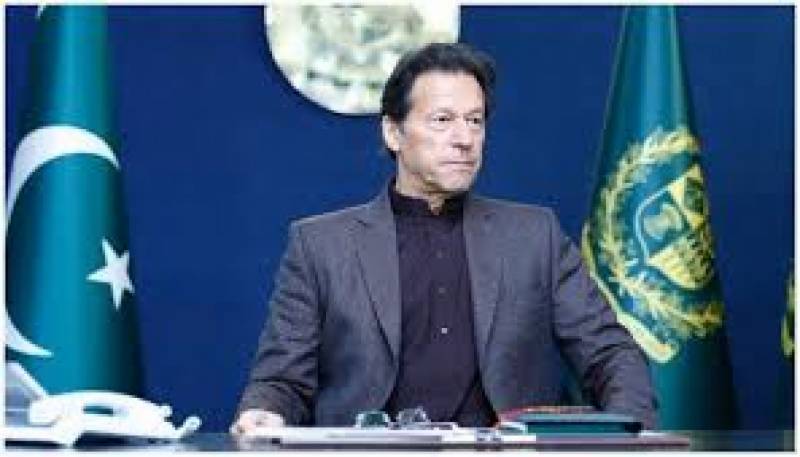 In a tweet on Thursday, the premier said we salute our brave security forces who repulsed terrorist attacks against security forces' camps in Panjgur and Naushki in Balochistan.

He further extended the nation’s support to the armed forces ‘who continue to give great sacrifices to protect us’.

According to the Inter-Services Public Relations (ISPR), the terrorists had attempted to attack security forces' camps in Balochistan's Panjgur and Naushki in two separate attacks late on Wednesday evening.

The statement added that the attacks had been "successfully repulsed" while dealing heavy damage to the terrorists, although one soldier was martyred in the Panjgur incident.

Meanwhile, Interior Minister Sheikh Rashid shared an update on the terror attack. In a video message on Twitter, he said that said nine terrorists were killed and four soldiers martyred in Naushki, whereas six terrorists died in the Panjgur attack.

Sheikh Rashid Ahmad also paid tribute to the security forces and said they were fully capable of fighting against any kind of terrorism.

"Terrorists should remember that their competition is with the best army in the world which will defeat them on all fronts," the Balochistan CM said, adding that their sacrifices were a source of pride for the nation, which stood beside them.

Bizenjo also extended his condolences and sympathies to the family of the martyred soldier.

The incidents are the latest in a string of attacks in Balochistan and come a week after 10 soldiers were martyred in a terrorist attack on a security forces check post in the province's Kech district.