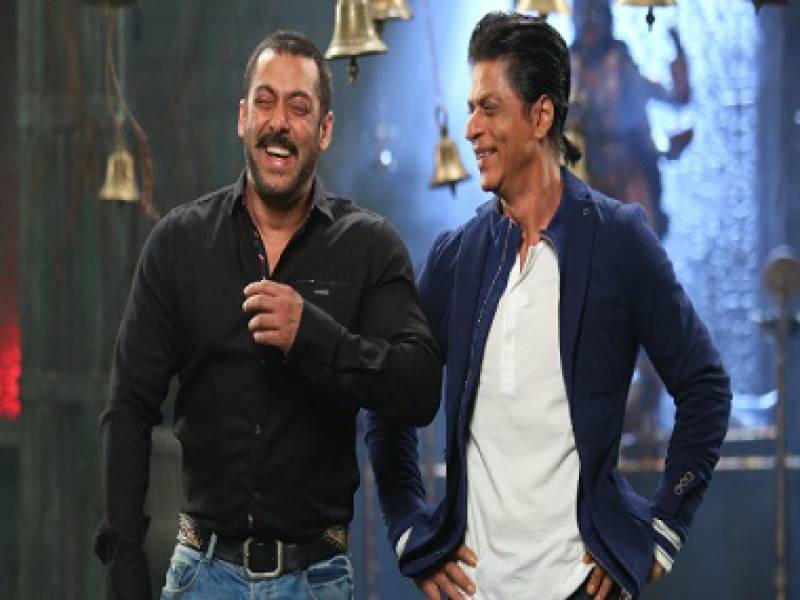 Shah Rukh Khan and Salman Khan have been at odds every now and then but you will soon found them shaking hands at Big Boss Season 10 when audience is expecting another reunion of the two block buster stars of Bolly Wood.

It's going to be Karan-Arjun 2.0 on the sets of Bigg Boss 10. Shah Rukh Khan is all set to promote his next, Rahul Dholakia's underworld thriller Raees on the reality show hosted by his contemporary Salman.

Indian media has reported that the two Khans will shoot two consecutive weekend episodes of Bigg Boss in which they will also be seen dancing to the tunes of the songs of Raees. These two episodes will air immediately prior to the season finale of the show.

Shah Rukh was also scheduled to promote his last release, Gauri Shinde's slice of life drama Dear Zindgai on Bigg Boss. However, he opted out of the promotions as he did not want to steal the spotlight from his co-star Alia Bhatt who was the lead actor of the film whereas Shah Rukh was only a co-producer and had a supporting role in the film. Thus, Bhatt went solo on the sets of Bigg Boss.

The last time these two Khans were seen on the sets of Bigg Boss was on the previous season when Shah Rukh and Kajol appeared on Bigg Boss 9 to promote their Christmas release last year, Rohit Shetty's family drama Dilwale. At that time, a religious community had taken offence to the scene in which the two Khans had entered the sets of a Hindu temple, with their shoes on, in a setup to recreate their memorable scene from Rakesh Roshan's 1995 family drama Karan Arjun.