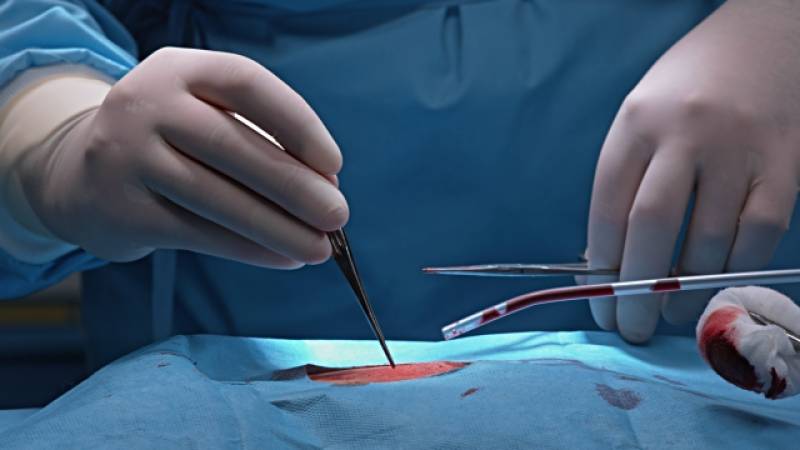 Hanoi (Reuters): A team of surgeons at a hospital in northeast Vietnam have removed a pair of surgical forceps from inside a man's stomach, where they had been lodged and left to rust for 18 years, state media has reported.

An ultrasound test last month at Thai Nguyen hospital, where 54-year-old Ma Van Nhat had gone for treatment following a road accident, revealed an object lodged in one side of his abdomen.

Another test at Bac Kan hospital near his home confirmed that there was in fact a 15cm pair of surgical forceps, also known as a pean, that had broken in two stuck inside his body.

Bac Kan hospital was the same institution that operated on Nhat following another road accident in 1998, and Nhat says he believes surgeons there left the object behind before stitching him up.

"After that (the 1998 surgery), I went home but there was a mild but long-lasting pain, so I went to a clinic where they said I had an ulcer, so I only took pain relief medicine for it," told Vietnam's state VTV a day before the surgery to remove the surgical instrument, adding that he had been taking pain medication ever since.

Bac Kan hospital acknowledged the incident on state television, but said it would be difficult to identify the medical crew responsible as patient records are only kept for 15 years.

"We are trying to find out who was in the operation crew, and even if they are already retired, we will still inform them about the incident that took place during their career," said the hospital's director, Trinh Thi Luong. "This is a lesson to all doctors, especially to surgeons who are working with surgical equipment, this is a valuable experience."

Reports of medical mistakes are not uncommon in Vietnam; last year, there were at least three reported cases of men being diagnosed as pregnant following a blood test, and two reported cases of doctors operating on the wrong limbs.