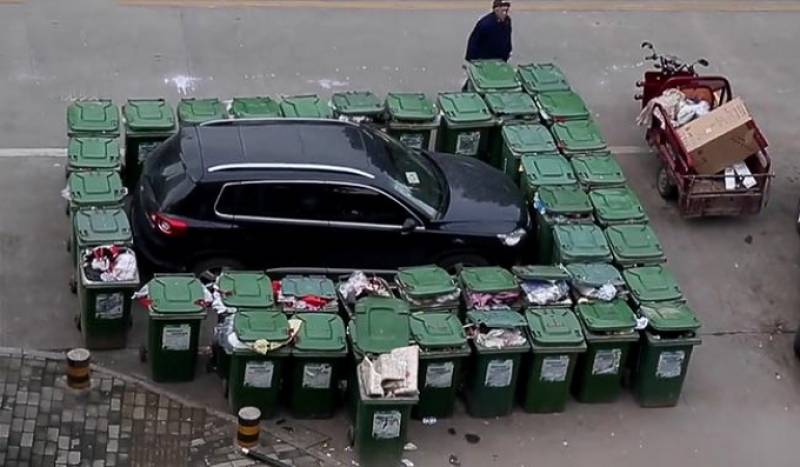 Beijing (Web Desk): On Facebook, an 11-second clip from China is making people giggle nowadays. The video shows how a street sweeper devised the perfect way to deal with an irresponsible driver. His method involved 42 trash cans.

This funny video shared by CCTVNEWS showed the man painstakingly placing the trash cans around a black car which was apparently illegally parked.

The sweeper was trying to deal out his version of “street justice”.

“Whether at hospitals, near schools and offices or outside popular restaurants and shopping malls – just about anywhere people congregate – parking has become a major aggravation of urban life in China. The country’s car ownership is expanding by about 10% a year in recent years, even as the economy slows,” says the description for the video on YouTube.