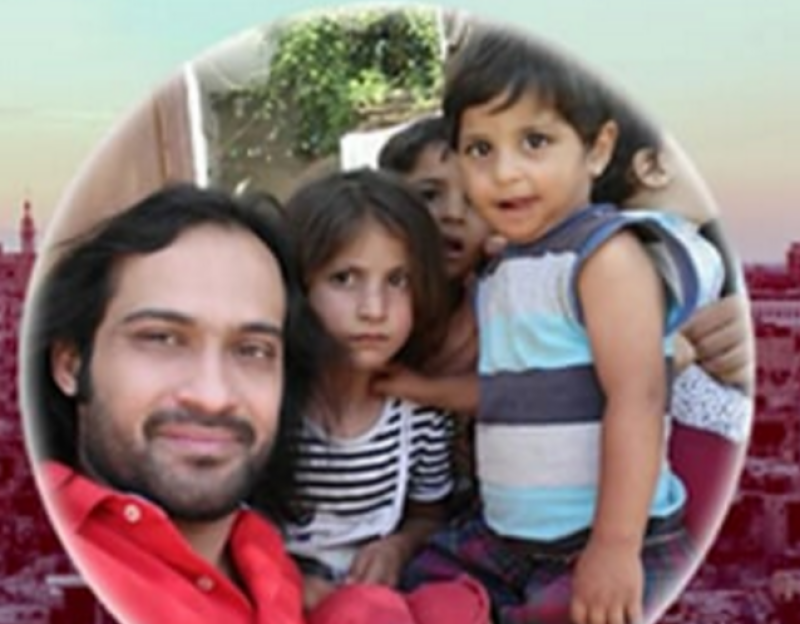 Lahore (Web Desk): At the heart of controversies Waqar Zaka took a unique task to perform himself.

At the eve of New Year when all people were busy celebrating new years with their loved ones and showing it off on their social media accounts Waqar Zaka was more concerned about his safe journey to Aleppo, Syria.

According to the reports, initially Waqar had plans to spend the New Year in Dubai later he changed plan quickly when his agent informed him with the good news that roads were open to reach the people of Aleppo.

On 29th December, Waqar embarked on the journey to the war-ravaged country to celebrate New Year with its citizens.

Waqar started gathering donations and clothes for the people of Aleppo, in just two days before his departure.

Remarkably, he managed to raise around $10,000 US and a large number of clothes.

On 30th December, at 6:20pm, Waqar posted a video on Facebook to tell his family, friends and followers that he was 89 miles away from Aleppo.

In the 20-minute long video, Waqar highlighted the problems in Syria and told, “People here are educated. Therefore it is not as easy to record anything as they ask numerous questions pertaining to where the video will be shared and why it is being recorded.”

Waqar posted the following video on his Facebook page and mentioned that copyright actions will be taken against people who re-upload this video.

The donations were put to good use when Waqar met a doctor in Syria. Apparently, the doctor and his family had been homeless due to the ongoing war.

This heart-warming journey of Waqar Zaka has left all of us in awe. On top of helping the ones in need, Waqar made Pakistan a proud nation.

This journey also highlights how only motivation is required to make a significant difference. As they say: where there’s a will, there’s a way. ‘Red-letter’ issued to ministries over delay in task completion