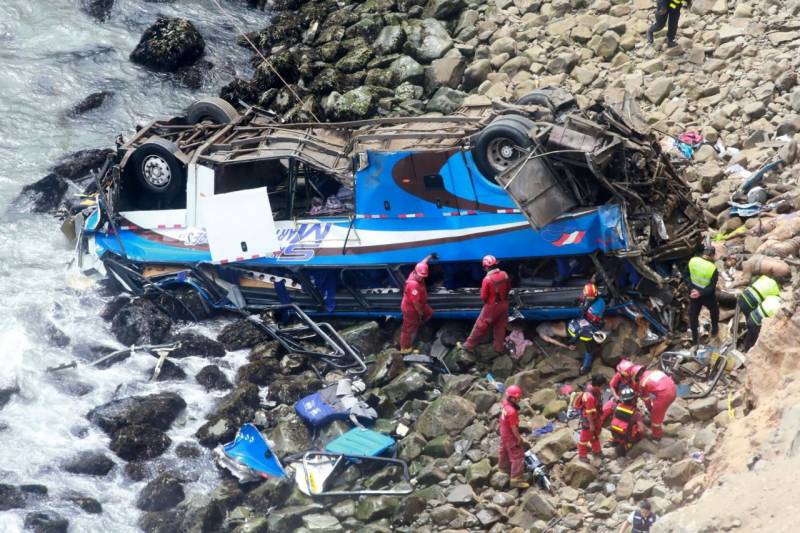 Lima (Reuters): At least 48 people were killed in Peru when a bus collided with a truck and careened off a cliff along a sharply curving highway north of the capital Lima, emergency services officials said.

The accident on Tuesday took place on the Panamericana Norte highway near the area of Pasamayo on the Pacific coast.

The new death toll of 48 was updated from 36 people, according to Lewis Mejia Prada, a representative of the local fire-fighting company, and police late Tuesday.

Six people survived the crash and were being treated for injuries, and the government rushed emergency medical services to the site.

Road accidents are common in Peru because of unsafe highways. Police are investigating Tuesday’s accident.