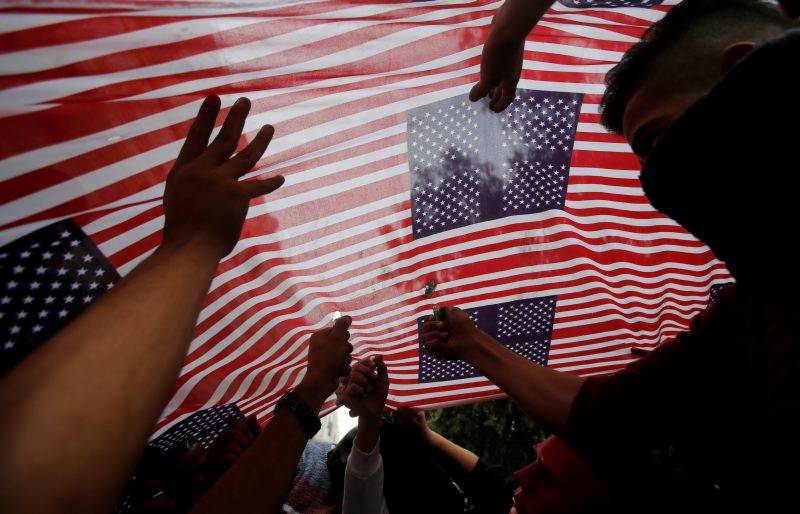 United Nations (Reuters): U.S. President Donald Trump said in tweets on Tuesday that the United States may withhold future aid payments to Palestinians, accusing them of being “no longer willing to talk peace” with Israel.

Trump said that Washington gives Palestinians “HUNDRED OF MILLIONS OF DOLLARS a year and get no appreciation or respect. They don’t even want to negotiate a long overdue peace treaty with Israel ... with the Palestinians no longer willing to talk peace, why should we make any of these massive future payments to them?”

“The President has basically said he doesn’t want to give any additional funding, or stop funding, until the Palestinians agree to come back to the negotiation table,” Ambassador Nikki Haley told reporters when asked about future U.S. funding for the U.N. Relief and Works Agency for Palestinian refugees.

The U.S. is the largest donor to the agency, with a pledge of nearly $370 million as of 2016, according to UNRWA’s website.

Relations between the Palestinians and Washington soured early last month after Trump recognized Jerusalem as Israel’s capital, generating outrage across the Arab world and concern among Washington’s Western allies.

Weeks later, more than 120 countries defied Trump and voted in favor of a U.N. General Assembly resolution calling for the United States to drop its stance on Jerusalem’s status.

“What we saw with the resolution was not helpful to the situation,” Haley said on Tuesday.

“The Palestinians now have to show to the world that they want to come to the table. As of now, they’re not coming to the table but they asked for aid. We’re not giving the aid, we’re going to make sure that they come to the table and we want to move forward with the peace process,” she said.

Palestinian President Mahmoud Abbas has called the Trump administration’s decision on Jerusalem the “greatest crime” and a flagrant violation of international law, and said it was unacceptable for the United States to have a role in the Middle East peace process because it was biased in favor of Israel.

On Tuesday, the Israeli Parliament passed an amendment that would make it harder for it to cede control over parts of Jerusalem in any peace deal with the Palestinians.