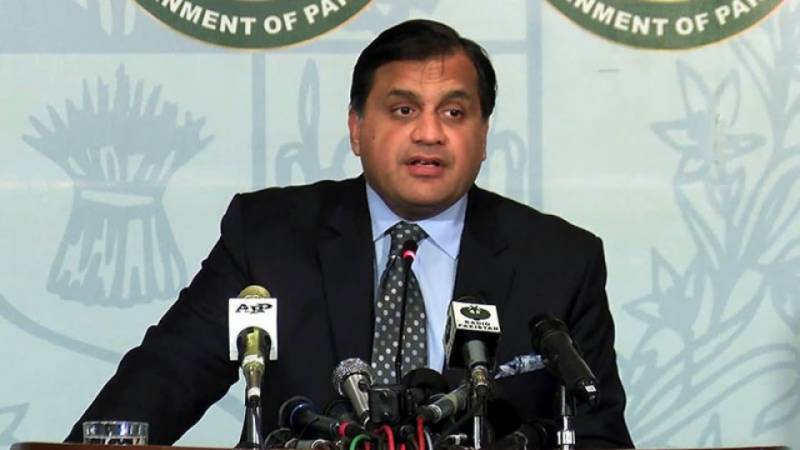 “We also look forward to positive engagement with the United States at the leadership level,” Foreign Office Spokesman Muhammad Faisal said at a weekly press briefing.

“Pakistan strongly condemned the Indian violations of sending spy drones across the Line of Control,” he said. “Pakistan’s desire for peace should not be mistaken for weakness,” he added.

To a question on Pakistan’s direct role in facilitating the next round of Afghan reconciliation process, with a possibility to be held in Saudi Arabia or Qatar, the Spokesman said Pakistan would continue its outreach to regional countries and important international partners for mutually beneficial cooperation and to advance the peace process.

He said Prime Minister Imran Khan would also undertake an official visit to Qatar this January on mutually agreed dates between the two governments.

About reports of a militant commander, involved in the terrorist attack against Pakistan, was residing in an Afghan city, he said, “it was important that Afghanistan does not let any country, terrorist group or individual use its territory against Pakistan”.

When asked about possible fallout of the U.S pullout from Afghanistan, he said Pakistan is the immediate neighbour, would support any development leading to peace and stability of Afghanistan and the region.

“It is Pakistan’s genuine desire that peace returns to Afghanistan allowing the return of Afghan refugees and an era of prosperity and normalcy begins in the region,” he said.

When attention was drawn to Federal Investigation Agency’s recently released rules and regulations for citizens of seven countries including Israel for conditional entry into Pakistan, the Spokesman said, “Pakistan does not recognizes Israel”.

He denied to comment and said the question pertained to the Ministry of Interior.

On Turkey taking over the Fetullah Gullen’s FETO-linked schools in Pakistan, he said the decision was in implementation of the verdict of Supreme Court. The top court had ordered the government to declare FETO a terror group.

The Spokesman rejected a news item of the New York Times that said that Pakistan had secretly sent 1,000 army troops to Yemen.

To a question about breach of construction rules by missions inside the Diplomatic Enclave in Islamabad, he said so far Capital Development Authority (CDA) had not brought any such violation to the notice of Ministry of Foreign Affairs.

On an update on cases related to the employees of Foreign Affairs Ministry, the Spokesman said a special fact-finding officer was sent to a mission in Bulgaria to probe the embezzlement, to which the accountant concerned accepted the responsibility. On his return, the case would be referred to the National Accountability Bureau, he added.

He said the case regarding the High Commission in South Africa was sub-judice and his travel to Pakistan was in line with the relevant rules. He said misinformation was circulated about Ambassador Leena Moazzam and after an inquiry that exonerated her, she was sent to Belarus by the previous government.