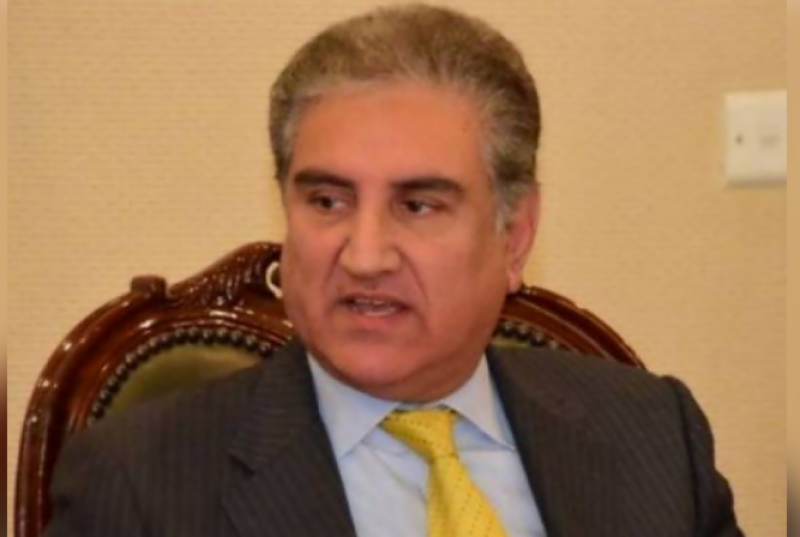 Islamabad (Web Desk): Foreign Minister (FM) Shah Mahmood Qureshi on Monday said that Pakistan proactively and consistently advanced its diplomatic objectives on a range of diplomatic fronts, both bilaterally and multilaterally during the last year.

Addressing a press conference to highlight achievements of 20201, the foreign minister termed the previous year as a significant one as Pakistan had been proactively and consistently advanced its diplomatic objectives on a range of diplomatic fronts both bilaterally and multilaterally.

He said besides, consolidating friendships, Pakistan further strengthened its bilateral ties with the major powers and key partners across the globe.

“We successfully and effectively put forward our perspective and narrative on major foreign policy issues including Jammu and Kashmir dispute and the situation in Afghanistan,” he said.

FM Qureshi said that said five Pakistan sponsored or cosponsored resolutions were adopted by the United Nations (UN). He added that seventy years celebrations were held with six countries.

He said that Pakistan played an important facilitating role for peace in Afghanistan and then for evacuation of foreigners from Kabul.

Reiterating commitment for such a role in future, he said Pakistan has pledged Rs5billion humanitarian assistance for the Afghan people.

He said that the Organisation of Islamic Cooperation (OIC) countries also agreed on provision of humanitarian assistance to the Afghans in the recently held OIC Council of Foreign Ministers’ conference in Islamabad.

“This led to improvement by 39 points in Pakistan’s ranking in ease of doing business, 7% increase in trade with Africa, improvement by 59 points in Pakistan’s Business Confidence Ranking, $2.9 billion deposited in 299000 accounts across 175 countries in Roshan Digital Accounts, $2 billion invested in Naya Pakistan certificates, 24.1% increase on home remittances to a record high of $18.7 billion (during 8 months of FY 2020-21), an increase of over $2 billion in the export of information technology and information technology-enabled sectors,” FM Qureshi said.

Regarding digital diplomacy, he said all 114 Missions have been brought online on three social media platforms enabling greater transparency and access.

The Foreign Minister said within our region, under the South Asian Association for Regional Cooperation (SAARC) COVID-19 Emergency Fund, Pakistan extended anti-pandemic medical equipment and other assistance to the member states including Sri Lanka, Nepal, Bangladesh, and Maldives.

FM Qureshi regretted that the prospects of durable peace and stability in our region, and the great potential for economic development and regional cooperation have been held hostage by the hegemonic and hostile behavior of India.