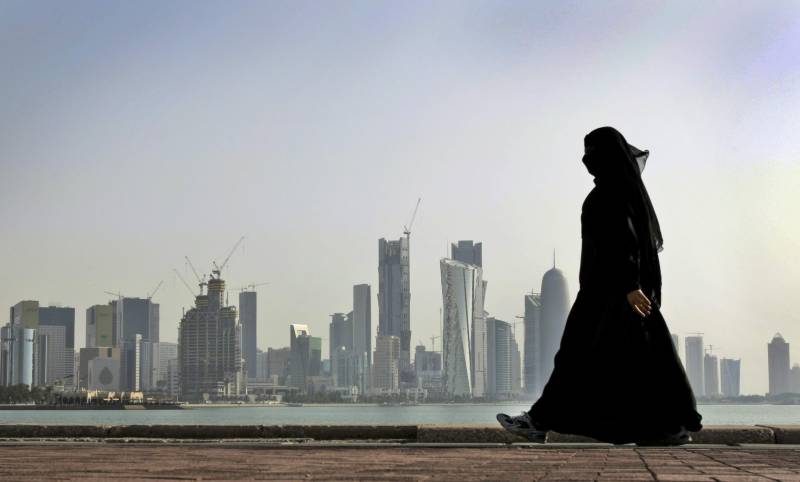 Riyadh (Reuters): Four Arab states which accuse Qatar of supporting terrorism agreed to extend until late on Tuesday a deadline for Doha to comply with a list of demands, as US President Donald Trump voiced concern to both sides about the dispute.

Qatar has called the accusations baseless and says the demands - which include closing Qatar-based al Jazeera TV and ejecting Turkish troops based there - are so severe that they seem designed to be rejected.

Saudi Arabia, Bahrain, Egypt and the United Arab Emirates (UAE) have raised the possibility of further sanctions against Qatar if it does not comply with the 13 demands presented to Doha through Kuwait, which is acting as a mediator.

According to a joint statement on Saudi state news agency SPA, the four countries agreed to a request by Kuwait to extend by 48 hours Sunday's deadline for compliance.

They have not specified what further sanctions they could impose on Doha, but commercial bankers in the region believe that Saudi, Emirati and Bahraini banks might receive official guidance to pull deposits and interbank loans from Qatar.

The four states cut diplomatic and commercial ties with Qatar on June 5, accusing it of supporting terrorism, meddling in their internal affairs and advancing the agenda of regional foe Iran, all of which Qatar denies. Mediation efforts, including by the United States, have been fruitless.

The crisis has hit travel, food imports and sown confusion among businesses, while pushing Qatar closer to Iran and Turkey. But it has not hit energy exports from Qatar, the world's biggest exporter of liquefied natural gas (LNG).

Trump spoke separately on Sunday to the leaders of Saudi Arabia and Qatar and the Crown Prince of Abu Dhabi in the UAE to discuss his "concerns about the ongoing dispute", the White House said.

"He reiterated the importance of stopping terrorist financing and discrediting extremist ideology. The president also underscored that unity in the region is critical to accomplishing the Riyadh Summit's goals of defeating terrorism and promoting regional stability," it said.

"President Trump, nevertheless, believes that the overriding objective of his initiative is the cessation of funding for terrorism," the White House added.

Qatar, a small peninsular country protruding into the Gulf with a population of about 2.2 million, a majority of them expatriates, hosts the biggest US military base in the Gulf.

A State Department official said on Sunday that the United States encouraged "all parties to exercise restraint to allow for productive diplomatic discussions".

Qatari officials say the demands are so strict that the four countries never seriously intended them as a negotiating position and see them as being aimed at hobbling Doha's sovereignty.

Qatar says it is interested in negotiating a fair and just solution to "any legitimate issues" of concern to fellow member states of the Gulf Cooperation Council (GCC), which groups Saudi Arabia, Kuwait, Oman, Qatar, Bahrain and the UAE.

Qatar's Gulf critics accuse Al Jazeera of being a platform for extremists and an agent of interference in their affairs. The network has rejected the accusations and said it will maintain its editorial independence.

Gulf countries have insisted that their demands are non- negotiable.

The UAE's minister of state for foreign affairs, Anwar Gargash, has played down the chances of an escalation, saying "the alternative is not escalation but parting ways", suggesting Qatar may be forced out of the GCC.

The Western-backed GCC was formed in 1981 in the wake of Iran's Islamic Revolution and the outbreak of the Iran-Iraq war.

Qataris are waiting anxiously for a resolution of the conflict but have remained largely supportive of the government.

Shopping for groceries in a Doha mall, Qatari Abdul Aziz al-Horr, who works in business education, said he hoped no new sanctions were coming.

"Any escalation will be something that is not for the good of anybody. Destabilizing Qatar will have a major impact on the whole region, and even globally," he said.