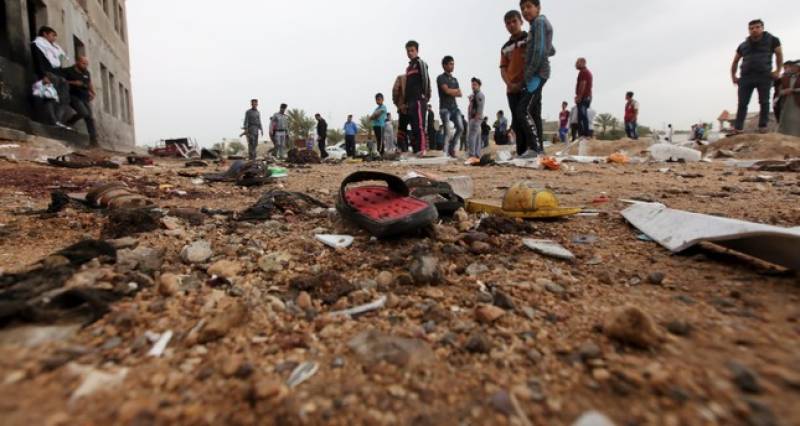 Baghdad, Iraq (Reuters): A suicide bomber dressed as a veiled woman killed 14 people and wounded 13 others in a displacement camp west of the Iraqi capital Baghdad on Sunday.

According to details, the camp known as "kilo 60" houses people forced out of Sunni Muslim areas control by Islamic State in the Euphrates river valley.

The terrorists said in a statement they had been targeting an Iraqi army position.

The hardline Sunni group has all but lost its capital in Iraq, Mosul, while its capital in Syria, Raqqa, is isolated from the rest of the territory under its control across the border.