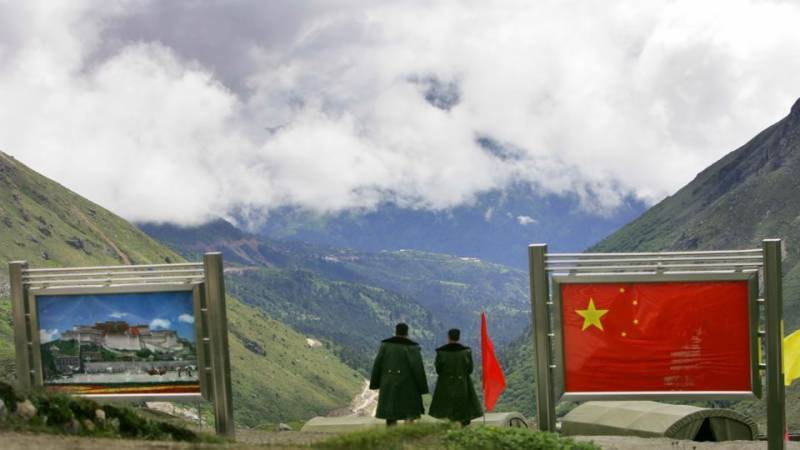 Beijing, China (Reuters): China claimed on Monday that India was violating an 1890 border agreement between Britain and China that previous Indian governments have pledged to uphold, and it should be respected to end a "very serious" incursion by India.

The border stand-off on a plateau next to the mountainous Indian state of Sikkim, which borders China, has ratcheted up tension between the neighboring giants, who share a 3,500 km (2,175 miles) frontier, large parts of which are disputed.

According to the Chinese interpretation of events, Indian guards crossed into China's Donglang region early in June and obstructed work on a road on the plateau.

Troops from the two sides then confronted each other close to a strategic valley controlled by China that separates India from Bhutan - a close Indian ally - and gives China access to the so-called Chicken's Neck, a thin strip of land that connects India to its remote northeastern regions.

Chinese Foreign Ministry spokesman Geng Shuang told a daily news briefing that the Sikkim part of the border had been settled in the 1890 agreement, and previous Indian governments had many times affirmed that in writing.

Geng said, "Pacts must be respected - this is a basic principle of international law."

He added that Indian troops crossing onto the Chinese side were a violation of this historical agreement and the United Nations charter.

Geng said, reiterating a demand for India to withdraw its troops to its side, "The nature of this is very serious."

India's Ministry of External Affairs referred to a statement it made on Friday, when it warned China that construction of the road near their common border would have serious security implications.

Analysts in New Delhi said that India had intervened on behalf of Bhutan. As the tiny Himalayan Kingdom was not party to the 1890 agreement between Britain and China, the dispute was between China and Bhutan over where their common border lies.

Bhutan said last week that the road was being built inside its territory.

Chinese President Xi Jinping and Indian Prime Minister Narendra Modi are attending a summit of the G20 group of nations in the German city of Hamburg later this week.

Geng would not be drawn on whether the two could meet there, saying bilateral meetings for Xi at the summit were being arranged.