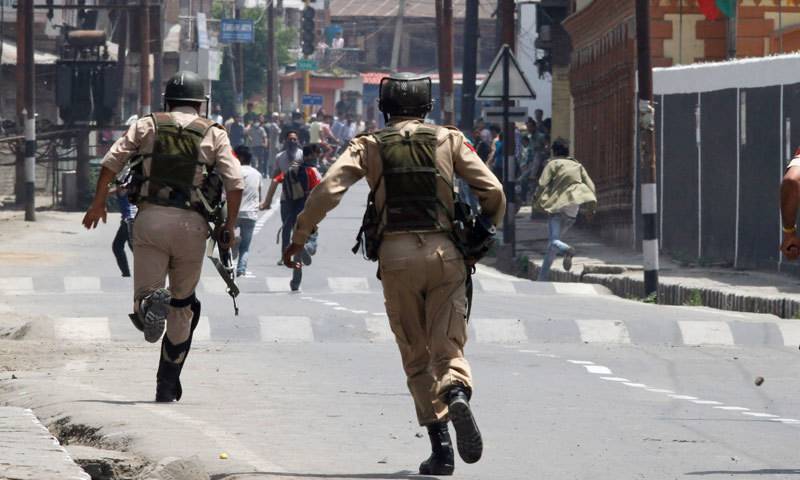 The army launched a search operation after surrounding the area in Pulwama district that caused the clashes.

The Kashmiris of the area protested the troops’ house-to-house search operation in Malangpora village and threw stones on them.

In response, the Indian army fired tear gas shells and pellets to disperse the protesters causing the deaths of two people.

India-held Kashmir has seen a spike in violence since the start of Ramazan in late May, with 56 people killed in almost daily clashes.