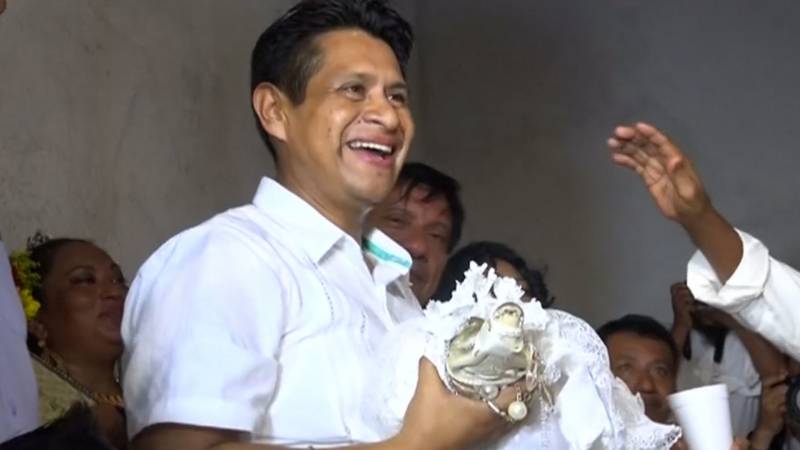 According to CNN, mayor of a southern Mexican village married the crocodile as part of a ritual that has been practiced by the Chontal Indians since 1789. The ceremony symbolizes the union of both the groups as well as to bring plenty of harvest, fish, shrimp and other seafood to the people of the village.

Mayor Victor Aguilar said "the Mareños call [the crocodile] a 'princess' and the role I play is being the husband to the princess." The ceremony was held at the town hall. Dance and music activities were also the part of the ceremonial festivities.

Prior to the ritual, the wedding participants walked with the crocodile bride through the town accompanied by band music.