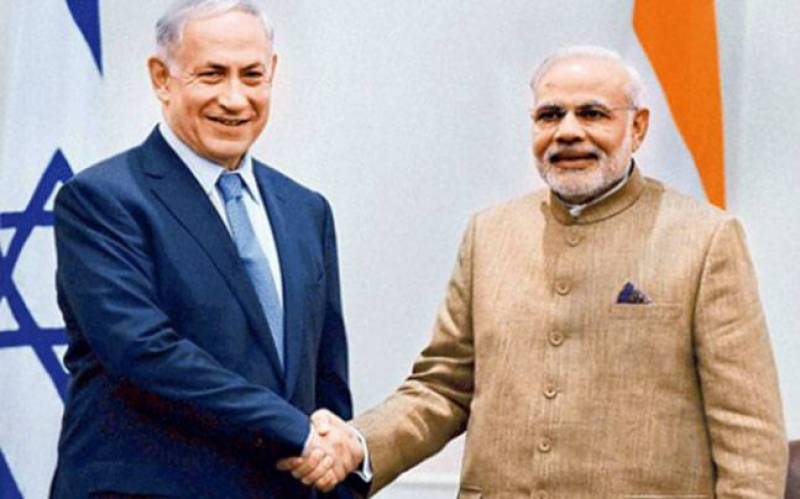 New Delhi (Web Desk): Narendra Modi is set to become the first Indian prime minister to visit Israel on Tuesday to boost the growing ties that have led to billions of dollars in defence deals.

Israel, which is occupying Palestine since 1947, has been portraying the Modi’s visit as ‘historic’, according to Times of India.

Prime Minister Benjamin Netanyahu called the visit, which marks 25 years since the two countries established diplomatic relations, a “further expression of the state of Israel’s military, economic and diplomatic strength.”

“This is a very significant step in strengthening relations between the two countries,” the Israeli leader said.

“India is a huge country with over 1.25bn people and is one of the world’s largest, growing economies. Ties between Israel and India are on a constant upswing.”

India is the world’s biggest importer of defence equipment, and Israel has become one of its major suppliers.

Israeli media reports that the two countries see more than $1 billion in defence deals each year.