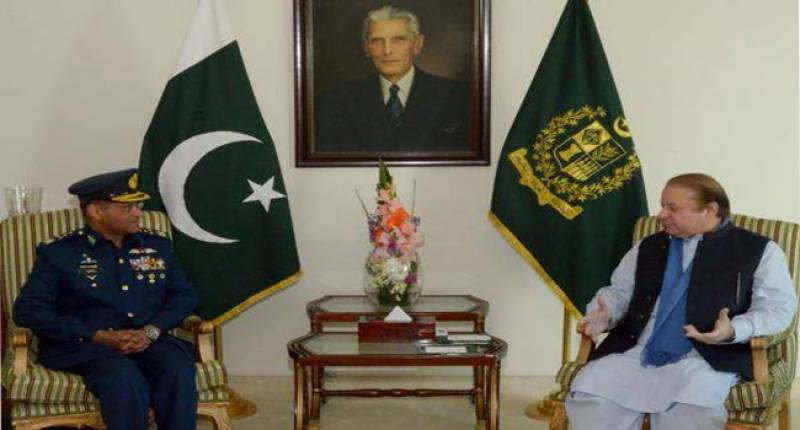 PM Nawaz lauded the professionalism of PAF and stated that the country’s forces were able enough to give befitting response to any kind of threat faced by the motherland.

According to details, the matters pertaining to PAF developmental strategy and future force goals were also discussed during the meeting.

Minister Finance Ishaq Dar and Advisor to PM on Foreign Affairs Sartaj Aziz were also present during the meeting.