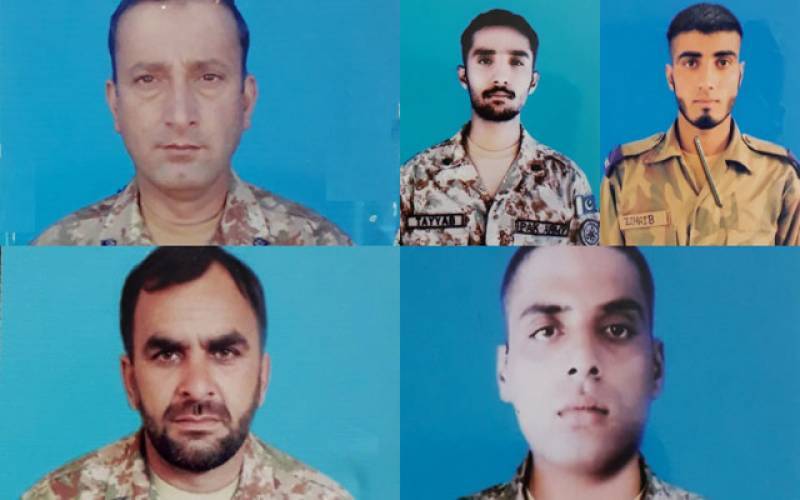 Rawalpindi (Staff Report): Five soldiers of Pakistan Army embraced martyrdom and one other sustained injuries in an explosion that took place a few metres from the Line of Control in Chamb sector of Azad Jammu and Kashmir (AJK) on Wednesday, the Inter-Services Public Relations (ISPR) said in a statement.

The nature of the blast, which took place in Barnala tehsil, is being ascertained, the military's media wing said.