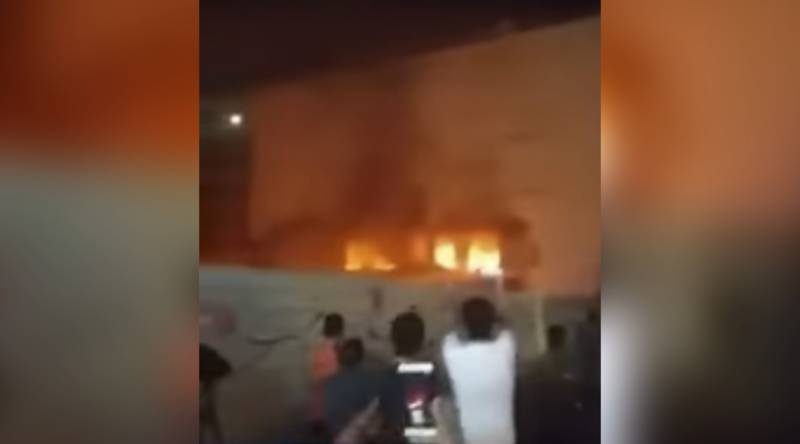 Shiraz, Iran (Reuters): In the southern city of Shiraz an explosion in a supermarket left 37 people injured and may have been caused by a gas leak, Iranian state media reported on Saturday.

The head of fire department in Shiraz, Mohammad Farokhzadeh, told state television that a gas leak or an explosion of flammable items stored in the supermarket could be the cause. He said an investigation was underway.

None of those injured was in critical condition, the head of the medical emergency center of Fars Province was quoted as saying by state news agency IRNA.

The explosion was loud enough to be heard in most neighborhoods of Shiraz, the official news agency IRNA reported, adding that walls of the supermarket had collapsed.

Videos published on social media showed fire had reached the second storey of the building which is partly residential. Windows were shattered in shops and buildings on the street.