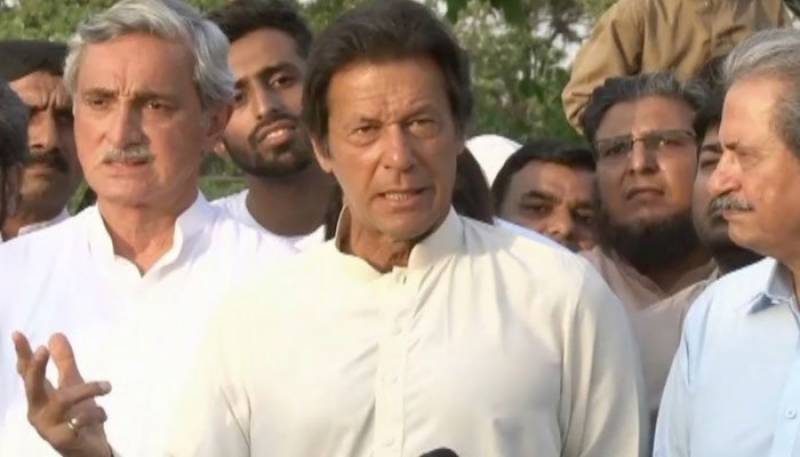 Imran Khan said while speaking to media outside the Lahore airport's Hajj Terminal, the ruling family was going to be held accountable for the first time in the country's history, but a perception was being given away that they have always been held answerable.

He further stated that Sharif family is threatening judiciary like mafia, adding that these leaders are not democratic people. The whole nation is eyeing on Joint Investigation Team (JIT) for Panama case and hoping for the verdict against Sharif family.

The PTI chairman also accused Sharif family of pressurizing the institutions. "This is wrong to say that Sharif family has always been held accountable," he said.

In a clear reference to Nehal Hashmi, he said that no one demonstrates such vigour while orating, unless he has backing from someone.

Hashmi, in the video of his address at a Karachi rally on May 28, was seen threatening the ones "investigating the prime minister's son".

"You will not be spared; you are in service now but remember you will retire tomorrow. Those investigating us [must know] we will observe your day of judgment," he was seen roaring.