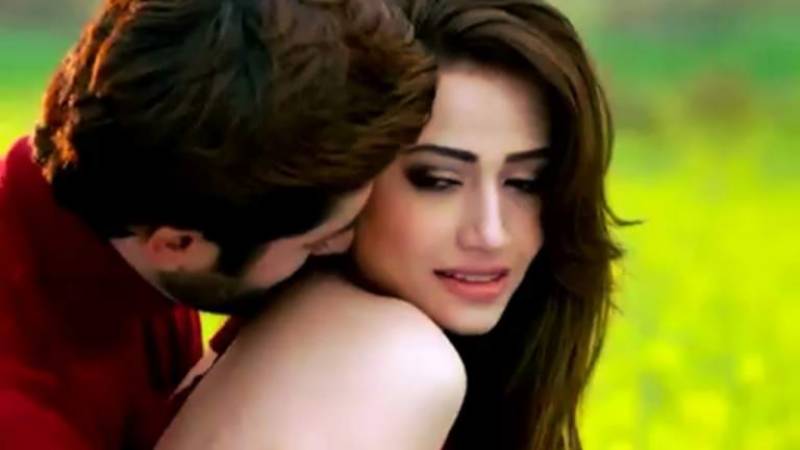 Karachi (Web Desk): Sana Javed in her upcoming film ‘Mehrunnisa V Lub U’, is performing in bold scenes with DanishTaimor who is husband of her friend Ayeza khan.

The actress has claimed that they were friends from long ago, so having bold scenes in their next film together wasn’t a problem.

The actress Sana Javed said, she knew of Danish even before Ayeza did

During a popular TV show Danish was asked that what his wife’s reactions to his ‘bold scenes’ would be and he replied he had already had a conversation and that she wouldn’t mind.

Sana Javed claimed that Ayeza Khan and she were ‘friends’, and that she wouldn’t mind.